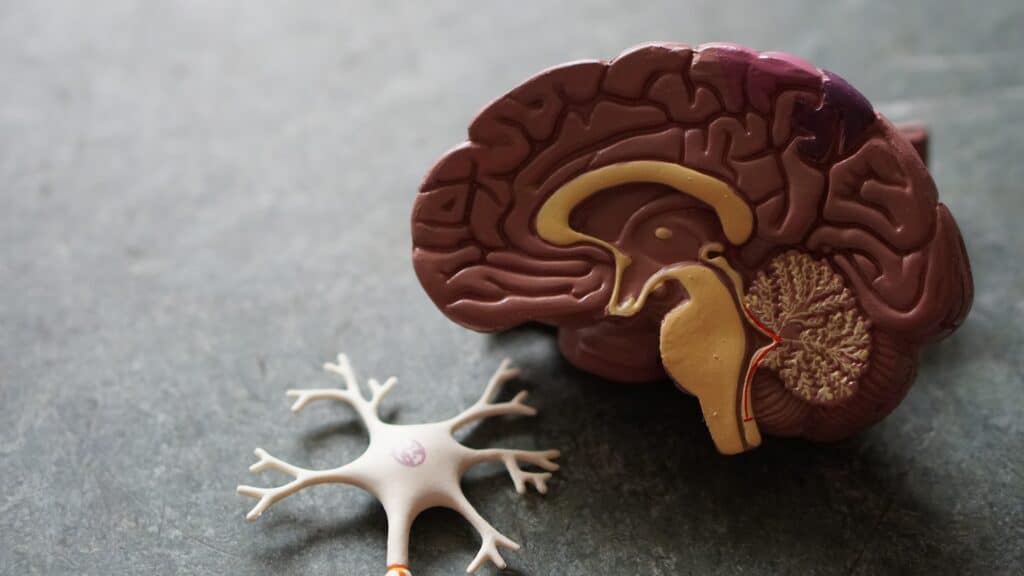 Marijuana brain damage is an issue with current research throwing up conflicting results.

What is much clearer is that marijuana has the potential for abuse, and as the most commonly abused addictive substance after tobacco and alcohol, it’s worth exploring the link between marijuana and brain damage.

Today, we’ll explore what that scientific research yields, and we’ll break it down for you in plain English.

Beyond that, if you find yourself among the 30% of marijuana users who go on to develop some form of a cannabis use disorder, we’ll outline your options for addiction treatment and how a sober living home can help you.

Does Marijuana Cause Brain Damage?

There is a notable body of animal research indicating that early exposure to marijuana can trigger long-term and potentially adverse effects to the brains of rats. Studies show that rats exposed to THC before birth, shortly after birth, or as adolescents showed significant problems with memory tasks and specific learning tasks in later life.

There is also an increasing number of human studies into the possible adverse effects of weed brain damage.

The results of imaging studies exploring the impact of marijuana on brain structure in humans have yielded mixed results.

There are some studies – this one and this one, for instance – suggesting that regular use of marijuana during adolescence is associated with reduced functioning of the following:

Other studies, though, show there are no significant structural differences in the brains of those who use marijuana compared to those who don’t use the drug.

Several large-scale studies suggest that using marijuana can lead to functional impairment in your cognitive abilities. Research suggests that the degree and duration of the impairment are contingent on the age of first use and the duration of marijuana use.

There is some indication that using marijuana could lead to a decline in IQ, particularly when use begins in adolescence, snowballing into persistent marijuana use and cannabis use disorder in adulthood. Not all studies in this area arrive at the same conclusion, though. Additionally, there are many variables that could impact the results of these findings, including the age of first use, frequency of use, family environment, genetics, duration of use, the presence or absence of cannabis use disorder, and the length of the study in question. As such, findings here are inconclusive.

It’s important to consider that studies into marijuana brain damage are often limited by participants using multiple substances. In the case of polysubstance abuse, it’s tough to point the finger at marijuana alone. Also, there is often insufficient data available concerning the mental health and functioning of study participants prior to the study. Both of these elements muddy the waters when trying to determine whether marijuana can cause long-term brain damage.

While some regular marijuana users have reported developing psychosis, the mechanism triggering this is not understood. Some early research led to the speculation that this only occurs in those predisposed to schizophrenia and similar conditions. Instead, it may be due to long-term marijuana use damaging the amygdala and hippocampus, two areas of the brain associated with schizophrenia.

One study at UC San Diego’s Center for Medicinal Cannabis Research suggests that using marijuana, even when using the drug daily and long-term, does not appear to cause long-term brain damage.

Lead researcher Igor Grant, MD, claimed to be “somewhat surprised” to discover only a “very small” impairment in learning and memory among long-term cannabis users. Indeed, scores were similar to those of people who do not smoke marijuana.

Researchers describe the impairment in the above areas as “very minimal”, even among those who smoked marijuana daily. Impairments were reported to be less than typically associated with the abuse of alcohol or other drugs.

Grant points out that all study participants were adults, suggesting that there could be “a different set of circumstances” in adolescents with nervous systems still developing.

This 2016 study deals with the cognitive function of 3385 young people (18 to 30). By the age of 25, almost 85% of participants reported marijuana use. Only 9% of participants, though, reported using the drug into middle age. After making all requisite adjustments, researchers found that being exposed to marijuana long-term was linked to impairments to verbal memory. No association was found between using marijuana and executive function or cognitive processing, though.

As an aside, those twins using marijuana as adolescents showed slightly better scores for working memory than those who did not use the drug.

A 2019 study of teenagers and young adults showed there was no significant difference between the brain volume or density of gray matter in those who used marijuana and those who didn’t use the drug. The brain tissue known as the gray matter is responsible for executive functions like decision making and self-control, as well as sensory perception, and muscle movement.

This research shows findings completing opposing those of studies of regular heavy drinkers noticing a significant reduction in gray matter.

In summary, researchers do not yet completely understand either the long-term risks or the long-term side effects associated with sustained marijuana use. Research in this area is vigorous and ongoing.

It has been established, though, that using marijuana long-term can heighten the chance of developing other substance use disorders. Marijuana use is also linked with memory and focus problems.

There are also still many unknowns when it comes to the effects of marijuana on developing adolescent brains.

Beginning in 2015, NIH (the National Institutes of Health) began studying the brain development of almost 12,000 children aged 9 to 10. The objective of this long-term study is to determine how marijuana, alcohol, tobacco, and other substance use impacts the development of brains and overall health.

Medical professionals believe marijuana disorder is very similar to most other substance use disorders, although there are usually less severe clinical outcomes attached.

Of those adults seeking treatment for marijuana use disorder, most have used cannabis for more than ten years, and most have attempted to quit on more than six separate occasions.

Also, those who use marijuana may also use other substances, from alcohol and prescription medications to other illicit drugs.

Whether you need treatment for marijuana use disorder in isolation, or you need dual diagnosis treatment for a co-occurring disorder, the following modalities are proven effective:

There are not currently any medications approved by the FDA for the treatment of cannabis use disorder.

One of the most common withdrawal symptoms experienced by those attempting to stop using marijuana is insomnia and disrupted sleep patterns. For this reason, there is ongoing research into the possible effectiveness of sleep aids like Ambien for alleviating the symptoms of marijuana withdrawal.

The anti-anxiety medication buspirone and gabapentin – an anti-epileptic medication – are also the subject of ongoing clinical trials.

What can you do, then, if you’re not only concerned about pot brain damage, but you also feel you need help regulating your marijuana consumption?

Well, here at Renaissance Recovery’s California rehab, our robust addiction therapy options can help you get your life back in order.

Marijuana Treatment at The District Recovery

When it comes to the possibility of brain damage being triggered by sustained marijuana use, the key to recovery is early intervention.

Any of the following could indicate marijuana brain damage:

If you are experiencing any of these symptoms, or if you simply want to sever your relationship with weed, we can help you with our personalized outpatient treatment programs. As well as traditional outpatient programs, we also offer intensive outpatient programs (IOPs) and partial hospitalization programs (PHPs) if you need a greater level of care to help you conquer your marijuana use disorder.

Through counseling (both individual and group), psychotherapy (CBT and DBT), and a range of holistic therapies and adventure therapies, you can reclaim the life weed stole from you.