Side Effects of Weed 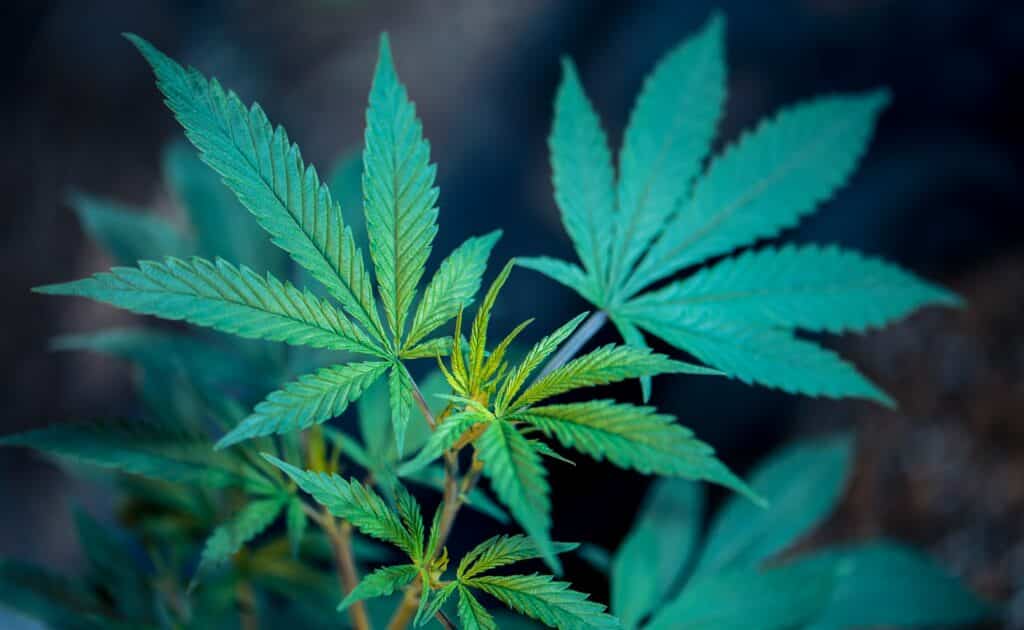 The side effects of smoking weed mirror the signs of recent use.

FDFW (the Foundation for a Drug-Free World) reports the most common physical effects of weed use as follows:

With an estimated 30% of those who use marijuana developing marijuana use disorder combined with more states legalizing weed, both for medical and recreational use, it pays to familiarize yourself with the downside of habitual marijuana use.

What are the side effects of smoking weed, then?

What Are the Side Effects of Weed?

NIDA reports that marijuana is the most abused addictive substance in the United States after alcohol. Per NSDUH 2020, 49.6 million people reported using marijuana in the previous year.

The side effects associated with marijuana use occur because of how marijuana affects the brain. Cannabis contains THC (delta-9-tetrahydrocannabinol). THC is the psychoactive component responsible for inducing the weed high. Your blood carries THC to the brain. Here, it acts on the cannabinoid receptors in your brain. Cannabinoids occur naturally in your body, and THC interacts with your cannabinoid neurotransmitter.

Broadly, when cannabinoids interact with your cannabinoid receptor sites, this slows communications between your brain and the cells in your body. THC triggers a similar effect, making you feel calm and relaxed as your brain’s reward system is stimulated.

When you smoke weed, THC and other chemicals pass from your lungs to the bloodstream. This triggers almost immediate side effects of marijuana. These include:

Increasingly, people consume marijuana in foods and beverages in the form of weed edibles. Ingesting marijuana delays the onset of effects by 30 minutes to an hour, sometimes more, due to the substance first passing through your digestive system. Eating marijuana will introduce much less THC into your bloodstream than smoking an equivalent amount of weed. Coupled with the delayed onset of effects, this leads some people to unwittingly consume more THC than intended, often provoking an intense (and frequently unpleasant) experience.

Not everyone will experience pleasant side effects after consuming marijuana in any form. Rather than feeling relaxed or euphoric, some people feel panic, anxiety, fear, and mistrust after smoking weed. This occurs more often in the following scenarios:

The noticeable side effects of smoking marijuana will normally subside after between 1 and 3 hours, although the effects induced by ingesting cannabis in food or drink can linger for hours. Despite this, you may still find detectable amounts of THC in your body for days or even weeks after the last use.

How about the most gravely adverse side effects of smoking weed?

Negative Side Effects of Weed

The negative side effects of weed can be grouped as follows:

Cannabis smoke contains many toxic chemicals, including hydrogen cyanide and ammonia. Both of these toxins irritate your lungs and bronchial passages.

Marijuana smoke has more of these toxins than cigarette smoke. If you smoke weed regularly, you’re liable to cough and wheeze more, and you’re also likely to produce more phlegm than a non-smoker. At the same time, you’ll heighten your risk of developing lung infections and bronchitis.

If you have an existing respiratory illness like cystic fibrosis or asthma, smoking weed can aggravate these conditions.

While cannabis smoke contains carcinogens, there is not yet any conclusive evidence that smoking weed causes cancer, according to NIDA (the National Institute on Drug Abuse and Health).

Within minutes of smoking weed, THC travels from your lungs, into your bloodstream, and throughout the rest of your body. This can cause an increase in heart rate of between 20 and 50 BPM (beats per minute). This raised heart rate often continues for several hours.

The extra oxygen demand this raise in heart rate places on your heart can be damaging if you already have cardiovascular disease. As your blood vessels expand, this brings on the bloodshot eyes characteristic of cannabis use.

3) Driving when impaired by marijuana

Some studies show an association between chronic marijuana use and car wrecks, mainly due to the following weed side effects:

Marijuana also impacts the brain structures governing memory, judgment, balance, and movement. All of these skills are crucial for safe driving.

Driving when impaired by marijuana is dangerous and illegal. Don’t risk a DUI for the sake of weed.

Marijuana use directly impacts brain function in the following areas:

Recent marijuana use impacts all of the above areas of brain health immediately.

Marijuana use can also affect brain development in babies, children, and teens. More research is needed to determine the long-term effects.

How marijuana use works on the brain depends on many variables, such as:

NIDA is currently conducting a large and long-term study – the ABCD study – to explore and better understand how marijuana and other illicit substances can shape adolescent brain development.

According to the CDC, consuming cannabis frequently and in high doses can bring about disorientation, anxiety, paranoia, and other mental health issues.

Using marijuana has also been linked with:

Can Weed Make You Hallucinate?

Marijuana can cause temporal hallucinations, distorting the way you perceive time flowing.

While these reactions are unpleasant, they should not be confused with longer-lasting and severe psychotic disorders like schizophrenia.

Current research shows that smoking strong marijuana daily could increase your chance of developing psychosis by almost five times compared to those who have never used marijuana. The strongest evidence so far suggests that the link between marijuana use and psychiatric conditions is greatest among those with preexisting genetic vulnerabilities.

While this study shows that people who use marijuana have a 10% chance of becoming addicted, other research suggests that the risk for addiction is as high as 33%.

Your risk profile for marijuana use disorder is greater if you started using marijuana during adolescence, or if you frequently use marijuana.

The clinical descriptor for marijuana addiction is marijuana use disorder. Diagnosed according to the criteria in DSM-5 for substance use disorder, the most common signs of weed addiction include:

Depending on how many criteria you satisfy, you will be diagnosed with mild, moderate, or severe marijuana use disorder.

If you develop marijuana use disorder, you will potentially heighten your risk of other adverse consequences, like problems with:

To compound the issue of marijuana addiction, the amount of THC in weed has increased significantly over recent decades.

The full extent of the consequences of exposure to high concentrations of THC is not yet fully understood.

The bad side effects of weed can be grouped according to whether they are short-term or long-term as follows:

While it is possible to become addicted to marijuana after sustained use, this addiction is almost exclusively psychological. Unlike with the treatment of alcohol use disorder or opioid use disorder, there are no FDA-approved medications to streamline weed detox and withdrawal.

Fortunately, this means that marijuana use disorder will often respond favorably to outpatient rehab.

At Renaissance Recovery Center, we provide highly personalized outpatient programs at all levels of intensity, providing you with the support and structure you need to leave weed in the past while embracing sober living. The core of your treatment will involve counseling – both individual and group – as well as psychotherapy like CBT or DBT. Our research-based programming will equip you with the skills you need to move beyond rehab and back into life that’s no longer clouded by weed and its side effects. Make it happen by calling 866.330.9449 today.