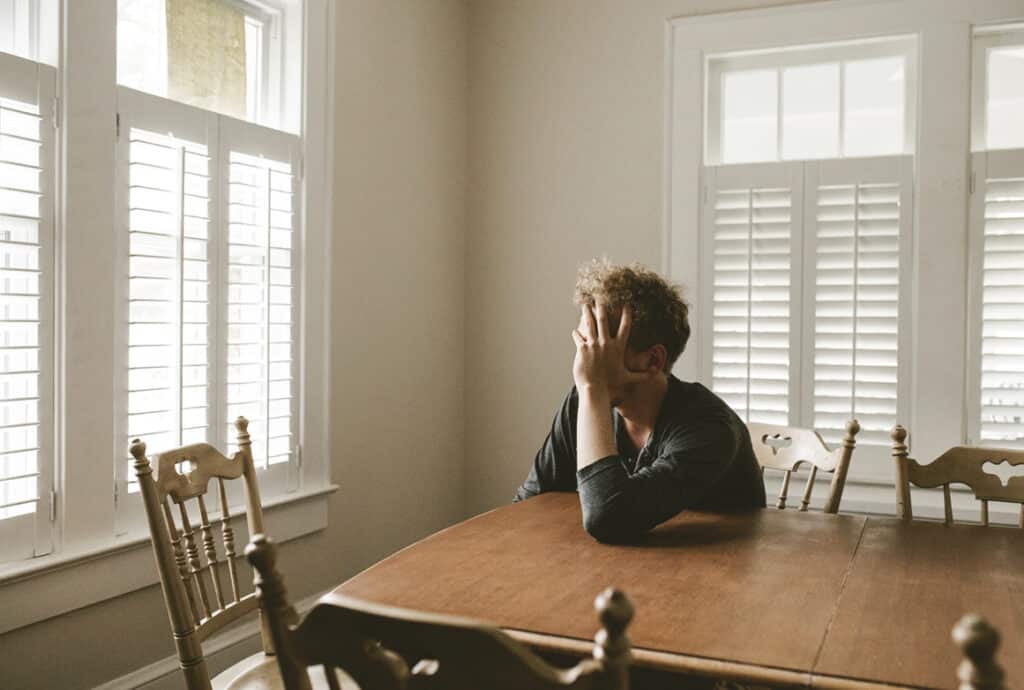 People mistakenly believe that anything a Doctor prescribes is acceptable for common household usage.

Abuse of this drug is particularly prevalent among 18 to 25 year-olds with a significant proportion of these users taking Adderall for perceived benefits with focus for studying.

For anyone taking Adderall over an extended period, even if it’s not abused but taken exactly as prescribed, dependence is a very real risk. As a result, attempts to stop taking the drug can bring about unpleasant withdrawal symptoms. We’ll look into these today, but first we’ll briefly define the drug itself.

Adderall is a central nervous stimulant.

A prescription pill, Adderall is a branded mixture of amphetamine and dextroamphetamine.

Adderall can be used to mitigate hyperactivity and enhance attention span. The primary reasons the drug is prescribed, though, are to treat attention deficit hyperactivity disorder (ADHD) and narcolepsy.

Since taking Adderall causes you to remain highly alert and hyper-focused, these conditions can be quite efficiently managed.

Adderall boosts levels of both dopamine and norepinephrine. These are chemical messengers performing a role in regulating your mood. Dopamine is associated with the reward system in your brain, while norepinephrine makes you more alert and focused along with improving cognitive function.

Like all products containing a combination of amphetamine and dextroamphetamine, the DEA classify Adderall a Schedule II drug. This type of drug can have medical uses as in the case of Adderall, but it’s scheduled thus due to the heightened potential for both abuse and dependence. For this reason, you need a prescription for Adderall.

Due to the euphoric high it can produce when abused, a vibrant black market for Adderall exists. Adderall is also routinely abused for the way it’s reputed to enhance performance when studying by keeping you absorbed and fully focused on the task at hand. This is something of a false reputation for those not suffering from ADHD and a classic case of illicit drugs being hyped up with properties they don’t really deliver.

So, Adderall has bona fide medical uses and is often abused recreationally, but what’s the extent of the problem?

The 2017 National Survey on Drug Use and Health showed more than 18 million Americans  took prescription stimulants, whether with or without a prescription. Almost 6 million of these users abused the drugs to some extent. This misuse took the form of larger doses than recommended, taking the drug for longer than directed, or taking drugs meant for someone else.

In the 18 to 25 demographic, fully 7.4% of that entire age group abused prescription stimulants accounting for 40% of all misuse. From swallowing the tablets to smoking or snorting them, even injecting them, the most commonplace reason for abusing Adderall is the misguided notion it will enhance memory. Adderall might very well keep you awake but that comes at a considerable cost.

Before you get to the stage of wanting to stop taking Adderall and the withdrawal effects that brings about, there are some dangers of abusing it.

Here are some common side effects:

Beyond this daunting list of negatives, Adderall abuse can bring about more consequential health hazards such as the following:

By abusing Adderall, not only will you not be monitored for these side effects manifesting, there’s also every chance of taking a higher dose. The worst of these severe side effects often present at higher doses or when acquired illicitly and the drug contains a harmful mixing agent.

Overdosing can bring about a horrific array of symptoms from shaking and seizure through to hallucinations, heart attacks, coma and even death.

Whether abused or used as directed, dependence to Adderall build and stopping the drug leads to a range of withdrawal symptoms that we’ll probe right now.

What Is The Adderall Crash?

When you’ve binged on Adderall by taking large doses, or you’ve been using the drug outside of its prescribed therapeutic parameters, this can trigger what’s termed the Adderall crash when it’s discontinued.

The Adderall crash is like a mini-withdrawal but surprisingly intense. This usually begins within a few hours of your final dose and can continue for a day or two. Physical and mental exhaustion is accompanied by a numbing depression. You’ll probably find you are extremely hungry and also in desperate need of sleep.

Signs and Withdrawal Symptoms from Adderall

If you stop taking Adderall for good, symptoms can initially resemble those you’d experience during an Adderall crash.

There are many variables with Adderall withdrawal including the following:

The good news is that, however unpleasant, Adderall withdrawal is not associated with serious medical problems.

There is, however, a risk that depression can lead to suicidal thoughts you might act upon unless properly managed.

When you’ve been using Adderall for an extended period, your brain becomes accustomed to heightened levels of dopamine and norepinephrine. When you stop taking the drug, your brain thinks it’s experiencing levels of these neurotransmitters that are too low.

This leads to the primary Adderall withdrawal symptom: depression.

When you stop taking Adderall, signs of depression might include any or all of the following:

While depression is perhaps the central symptom of Adderall withdrawal, the involvement of dopamine and norepinephrine means effects extend beyond this for many users.

Adderall withdrawal is also prone to induce stress. You might find yourself unduly worried or angered by benign situations during withdrawal.

Cravings for Adderall are also common and can be severe. This is due to the way in which your brain chemistry has been altered with regard to reward-seeking.

Beyond depression, stress and cravings, you could also find yourself with the following symptoms when withdrawing from Adderall:

The longer you have been abusing Adderall, the more intense and awkward withdrawal is likely to be.

Withdrawal signs last anywhere from a few days to a few weeks. As well as the length of time you’ve been using Adderall, there are several other factors that can influence how long withdrawal symptoms last including:

Now you can see what to expect from Adderall withdrawal, how can you best cope if you find yourself in this position?

The bad news is that there are no medications specifically recommended for amphetamine withdrawal although you might find relief from the following depending on your doctor’s advice:

How can you make things easier on yourself without medication?

Before you stop taking Adderall completely, cut off your supply completely so you will not be tempted to relapse and undo the hard work of early withdrawal.

If at all possible (and if you’ll be withdrawing at home), ask someone to keep an eye on you during this difficult time.

You should make certain to clear your schedule so you won’t have any responsibilities to attend to. You’ll need to take time off work or studying. Allow several days so you can rest up and recuperate once you’re Adderall-free.

Make certain you drink plenty of water and focus on eating healthy food. It’s essential to rehydrate and to give your body the vitamins and electrolytes it needs.

Make allowances for feeling low and depressed by surrounding yourself with plenty of treats and entertainment. Whether you want ice cream and movies or chocolate and music, a good book or your laptop and Netflix, try to make things easy on yourself. You’re better to have these things to hand and not use them than to wish you’d made better provision.

When you feel able, even light exercise will promote the release of natural neurotransmitters that will make you feel good and lift your mood.

While intensely unpleasant at times, is withdrawing from Adderall dangerous?

Luckily, you can safely come off Adderall at home in the majority of cases.

Whereas withdrawal from alcohol or benzodiazepines can bring about serious medical complications, this is generally not true with amphetamines like Adderall.

You should, however, speak openly with your doctor before you stop taking Adderall. Withdrawal can be unpredictable and you’re well advised to get a medical opinion.

It might be that detox in a professional treatment center would make the best fit. In some cases, particularly following very heavy and extended use, being at a rehab center can help with the depression, anxiety and cravings you’ll experience during withdrawal.

As with all aspects of addiction, withdrawal, detox and recovery, there’s no one-size-fits-all solution. All you need to do is find the approach that works best for you. If you’ve been taking Adderall exactly as prescribed for ADHD, there’s little chance you’ll need any form of long-term treatment. If, on the other hand, you’ve been abusing the drug recreationally for some time, you might well benefit from ongoing care and a formalized plan for recovery and lasting abstinence.

So, whether you are withdrawing at home or in a treatment center, what can you do to stave off the inevitable cravings for Adderall?

Distraction is often the most effective way when you’re trying to combat the cravings you get when quitting any drug. Adderall is no different. Take some time in advance to come up with a list of activities that might take your mind off the temptation to buckle and relapse.

Communicating openly with friends and family can also work. If you find this focuses your mind too much on the drug, avoid this. If you can use talking about your cravings to your advantage, it’s well worth considering.

Instead of investing all your feelings on how good you’d feel if only you had some Adderall, focus instead on the negative consequences. Think about why you decided to stop in the first place. Complete awareness of the lows can help you stave off those cravings, or at least make them a little more manageable.

Simply accept that cravings are a natural part of the process of recovery. This is easier said than done but by accepting the inevitable, you’ll be better placed to stay strong and surge forward to a life without stimulants.

There’s no doubt about it, withdrawing from Adderall can be a pretty trying experience, but it’s safe to do so at home in the majority of cases and you’ll soon see the back of those withdrawal symptoms.

This doesn’t mean that home withdrawal is right in all cases, though.

Recovery is a personal journey and you can get personalized, highly structured help with our friendly team here at Renaissance Recovery. We’re here waiting to match you up with the most suitable treatment program for your needs. Call us today at 866.330.9449. There’s no need to go this alone.866.330.9449