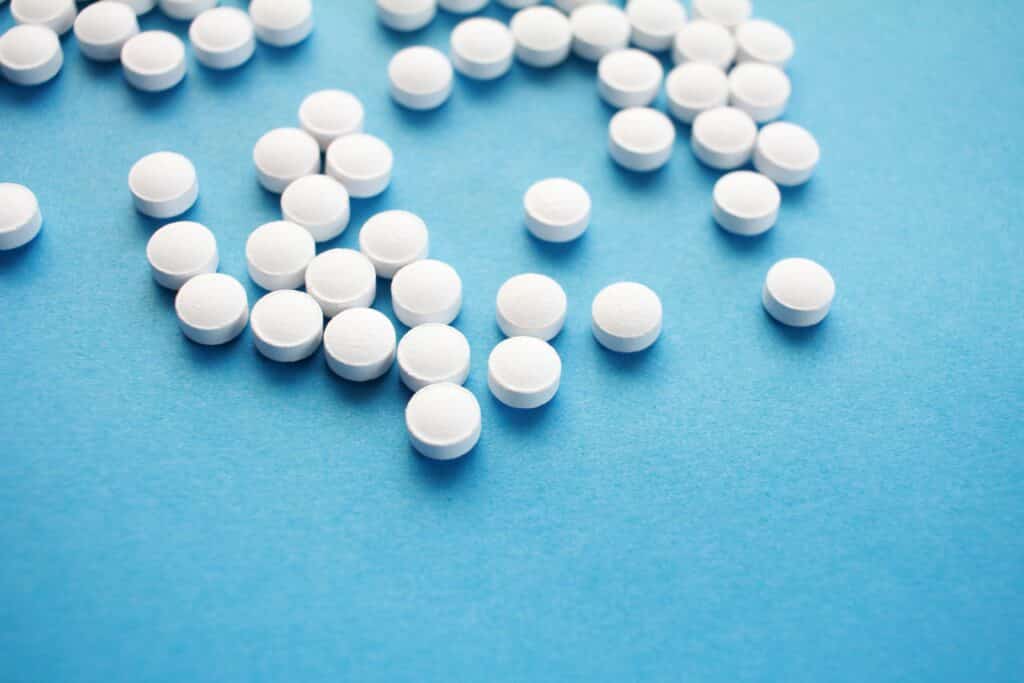 M365 pill is a combination medication used for the treatment of moderate pain and severe pain.

Like all opioids, pill M365 can lead to tolerance, physical dependence, and addiction in the form of opioid use disorder.

The DEA reclassified M365 to a Schedule II narcotic under the CSA (Controlled Substances Act) in 2014 due to reported patterns of misuse and abuse. Like all substances of this classification, M365 has limited medical applications combined with a strong potential for abuse and addiction.

Physicians frequently prescribe M365 white pill to patients with back pain. The combination of both opioid and non-opioid painkillers can provide effective short-term relief from symptoms.

M365 is an opioid classified as a narcotic analgesic combination drug. Its effectiveness as a painkiller leads to many people developing dependency and addiction. The hydrocodone content of these tablets is what makes them effective painkillers, but hydrocodone is also responsible for the strong abuse potential.

Medications Similar to the M365 Pill

Norco is a branded prescription medication manufactured by Watson Pharmaceuticals available in the following forms:

In the first of those forms, Norco contains the same ingredients as M365 pill.

Hydrocodone is a derivative of codeine heavily implicated in the opioid epidemic still unfolding in the United States. Hydrocodone binds to opioid receptors in the CNS (central nervous system) leading to a reduced perception of pain. The precise mechanism of action is still unknown.

The active ingredient is acetaminophen, the same ingredient found in OTC pain-relieving formulations like Tylenol. Acetaminophen also delivers analgesic effects through the CNS.

Vicodin is another opioid analgesic similar to M365 manufactured by Abbot Pharmaceuticals.

This combination medication is available in the following versions:

The only difference between Norco and Vicodin is the higher acetaminophen content of Vicodin.

M365 pill, Norco, and Vicodin are indicated in the treatment of moderate and severe pain. These combination medications are normally only prescribed when all non-opioid options are exhausted.

If narcotic opiate painkillers like M365 are deemed essential, use should be as short-term as possible to prevent dependence forming.

What Are the Side Effects of M635 White Pill?

Even if you take M365 pill exactly as your doctor prescribes, any of the following M365 side effects can manifest:

M365 misuse involves any use of the medication beyond the prescribed use. All the following are considered opioid misuse:

Any form of opioid misuse can easily lead to abuse and addiction. Addiction to M365 is diagnosed as opioid use disorder in DSM-5-TR, the latest edition of Diagnostic and Statistical Manual of Mental Health Disorders published by APA (American Psychological Association).

Common side effects of long-term M365 abuse include:

Is the M365 Pill Addictive?

According to NIDA (National Institute on Drug Abuse), hydrocodone is one of the most commonly used medications in the U.S.

The hydrocodone content of M365 makes it highly addictive and inadvisable to use long-term for this reason.

Some people start using M365 as part of their treatment plan for moderately severe pain and develop physical dependence after using the medication for longer than intended. While physical dependence is not synonymous with addiction, the two are closely interlinked.

Others abuse M365 for its rewarding and euphoric effects. The medication can induce a feeling of contentment and warmth inviting enough to encourage repeated use.

NSDUH 2020, SAMHSA’s most recent National Survey on Drug Use and Health, shows that 9.5 million over-12s in the U.S. misused opioids in the previous year. Of that number, 9.3 million people abused prescription painkillers.

The same data shows that 1.6 million people developed addiction in the form of opioid use disorder.

Opioid use disorder, like all substance use disorders, is defined as a chronic and relapsing disease. M365 addiction is characterized by the compulsive use of these prescription pills despite clearly negative outcomes. While there is no cure for addiction, it typically responds favorably to treatment, although with a high relapse rate in line with other chronic conditions.

Opioid use disorder usually responds positively to a combination of MAT (medication-assisted treatment) and psychotherapy like CBT (cognitive behavioral therapy). Counseling can also be an effective component of treatment.

Detox and withdrawal from M635, like all opioids, can be intensely uncomfortable. Even if you intend to engage with outpatient treatment, you should consider a medical detox to streamline the withdrawal process.

The FDA approves three medications for the treatment of opioid dependence and withdrawal:

During detoxification, medications can reduce the severity of both cravings and withdrawal symptoms.

Methadone and buprenorphine are also effective for promoting abstinence from opioids throughout ongoing MAT.

While these medications can play a crucial role in recovery from opioid use disorder, they are most effective as one component of a comprehensive treatment program.