What Are The Most Dangerous Drugs 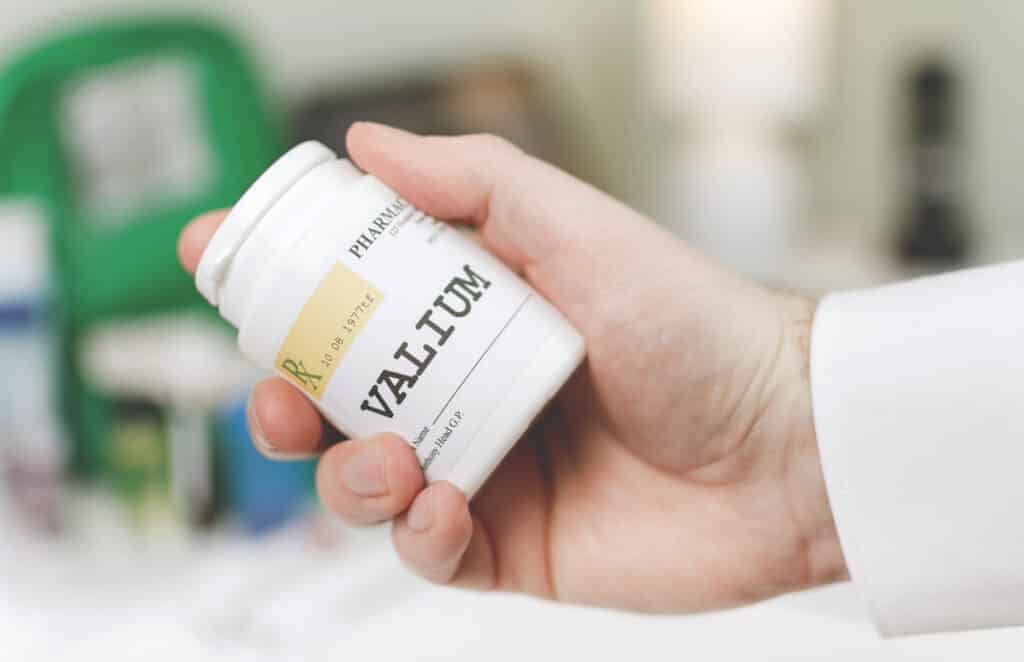 A chronic, progressive, and relapsing disease, addiction is assumed when substance abuse of any nature becomes compulsive. The addict continues to use the substance, whether that’s cigarettes, alcohol, or illegal dangerous drugs despite often catastrophic consequences.

Addiction ruins the lives of millions of Americans, and drug overdoses are the leading cause of accidental death in the U.S., but many of the most dangerous drugs are not illegal.

A 2019 report published by the GCDR (Global Commission on Drug Policy) concluded that, based on available scientific evidence, current drug laws are not grounded on logic or reason. The commission blames the UN’s classification system for drugs and the way it groups drugs into schedules weighted according to their medical utility versus the possible harm they can cause.

In contrast, a 2010 UK study published in The Lancet, showed that alcohol was more dangerous than the drugs effects of heroin, crack cocaine, and marijuana.

More recently, the UN removed marijuana from the list of most dangerous drugs on December 2, 2020. This shows that the landscape of the war on drugs is slowly starting to shift from a punitive approach to a more sustainable rehabilitative approach.

Drugs and Their Effects

While the potential for a drug to create dependency is central when assessing the dangers of drugs, it’s also necessary to explore the physical harm the substance causes along with the wider social damage it inflicts.

All the drugs on our list today, both legal and illegal, are capable of causing chronic health problems and associated physical injuries, both short-term and over the long haul.

Equally, all the dangerous drugs we highlight today can cause indirect social harm through healthcare costs, and harm to others rather than the addict.

Looking beyond the raw drugs facts and examining the bigger picture, it’s clear to see that the dangers of drugs extend far beyond crack vials or heroin baggies. To underscore this point, we’ll kick off with the most hazardous drugs that are perfectly legal in the US today.

If you thought alcohol was relatively benign, you might be surprised to know that 14% of Americans have alcohol use disorder. 1.3 million Americans attend Alcoholics Anonymous groups, and 95,000 Americans die each year from alcohol-related issues according to CDC data.

While most people can enjoy a few weekend beers, a glass of wine with dinner, and even get drunk from time to time with no signs of addiction or dependency, it’s a different story for many others with alcohol becoming a serious problem.

Alcohol depresses your CNS (central nervous system), and it also relaxes you, lowering your inhibitions and decreasing anxiety. When you consume alcohol, your brain releases endorphins and dopamine, both linked to the reward pathways. Resultantly, you’ll feel good with pain to some extent mitigated.

Over time, though, tolerance to alcohol builds. Once you’re addicted to alcohol, you can expect harmful consequences, both physical and psychological. Cirrhosis of the liver, liver failure, and heart disease are all commonplace among alcoholics. Manifold health problems can be directly linked to excessive alcohol consumption. Heavy alcohol use can also cause social problems like traffic fatalities, violence, and domestic issues. Alcoholism can also bring about depression and other mental health conditions.

Almost one-quarter of those who drink go on to develop alcohol dependence at one point. Nearly 1 in 8 Americans suffer from alcohol use disorder. Alcohol might be legal, then, but it’s also one of the most dangerous drugs on the market.

Benzodiazepines are a group of drugs frequently prescribed for insomnia and anxiety. These drugs can also be used to ease the symptoms of alcohol withdrawal.

The most well-known benzodiazepines are Valium and Xanax.

The effectiveness of these drugs is also what makes them dangerous. If you need to sleep, taking one of these pills should accomplish that. When you’re feeling anxious, taking a benzodiazepine should calm you. This, though, can cause you to want more of the drug to achieve the same effect.

To compound this desire for more, tolerance also builds quickly with this class of drugs due to the short half-life. You could become addicted to benzodiazepines in as little as 6 weeks.

An unfortunate by-product of addiction is a rebounding of symptoms for which you initially sought treatment. Rather than becoming less anxious, for instance, you find yourself becoming more anxious than ever. Despite this reversal of the intended effects, you might still find yourself wanting more benzodiazepines.

Like most substances, benzodiazepines are remarkably effective when used as directed and strictly short-term. If you go off-piste, though, you could find yourself with a serious addiction, and possibly even a worsening of the underlying condition.

America is still in the grips of an opioid epidemic. In the 1990s, opioids were prescribed for far more uses than treating cancer patients. Pharmaceutical companies downplayed the risks of addiction, and doctors began widely prescribing opioids for the treatment of a range of chronic and severe pain.

From 1999 to 2018, 450,000 Americans have died of an opioid overdose. Pharmaceutical companies like Purdue – makers of OxyContin – are now facing lawsuits amounting to billions of dollars for their role in this ongoing health emergency.

Opioids, contrary to how they were marketed in the 90s, are highly addictive. They also present a high risk of misuse.

When misused, this drug can slow the breathing resulting in hypoxia. This is a condition in which not enough oxygen reaches the brain. This can trigger permanent brain damage or even death.

Opioids are frequently combined with other drugs like alcohol or cocaine to further intensify their effects. At the same time, this also significantly increases the chance of a fatal overdose.

Nicotine is the primary ingredient responsible for the physical and psychological addiction of over a billion cigarette smokers worldwide.

Smoking is a leading cause of preventable disease in the U.S. 435,000 people die prematurely each year from smoking-related diseases.

About 45 million Americans smoke. 70% of these smokers want to quit, although each year only 3% of smokers successfully quit.

As well as the 16 million Americans who suffer from serious smoking-related illnesses, smoking also presents insidious risks for anyone inhaling second-hand smoke.

Smoking bans have become stricter and more prevalent worldwide, yet the scourge of this lethal drug remains.

According to the most recent National Survey on Drug Use and Health, 23.9 million Americans used illegal drugs in 2012.

Among these, here are the worst offenders for overall danger, both to the user and to society in general.

Heroin is an illegal recreational opioid drug derived from morphine. This is a natural substance extracted from various opium poppies.

Usually injected, but sometimes smoked or snorted, heroin typically comes as a brown or off-white powder. You can also find heroin in a dark, sticky form known as black tar heroin.

CDC figures show that the number of heroin users has more than doubled over the past 5 years. The opioid epidemic is at least partly to blame here. Some users, unable to fill prescriptions for opioid painkillers, seek out street heroin instead. 80% of new heroin users arrive at the illicit drug via prescription opioids. The issue of drugs and their dangers remains fluid and interconnected, then.

Crystal methamphetamine, commonly abbreviated as meth, is one of the most devastating illegal drugs in terms of the physical effects it induces.

Another disturbing fact is that 21% of all meth-related overdose deaths also include heroin.

Meth acts on the CNS and increases levels of dopamine, while at the same time releasing norepinephrine. The result is boosted mood, energy, and sexual desire.

This drug has high addiction potential and causes post-acute withdrawal symptoms that can linger for months.

Meth conditions your brain to require more to achieve the same effects. Once addiction sets in, you could experience severe consequences from hallucinations, depression, and memory loss through to full-blown psychosis. Weight loss, dental decay, and malnutrition are standard among meth users.

To salt the wound, meth is routinely cut with other toxic agents that trigger further health complications.

Cocaine is a stimulant derived from the coca plant. Using the drug directly affects how your brain uses dopamine. The method of delivery combined with a short half-life means you can become addicted to cocaine quite quickly.

The drug is snorted or injected in powder form. Crack cocaine is an even more powerful smokable version of cocaine cooked up with baking powder and often referred to as freebase. Addiction potential is even greater with crack than with cocaine in its regular form.

Tolerance to cocaine builds rapidly. When withdrawal begins, the brain calls out for the dopamine no longer being released. This prompts you to seek out more cocaine. You’ll find the reward pathways in your brain start malfunctioning.

Side effects of cocaine abuse include raised heart rate and blood pressure, nosebleeds, and damage to the septum. Cocaine use can also bring about more serious health concerns like bowel decay and Parkinson’s disease.

While the crack epidemic of the 80s might be consigned to the history books, cocaine remains a clear and present danger in the US in 2020 with almost 2 million regular cocaine users.

Fentanyl is used both as a prescription opioid and also as a synthetic opioid. 50 times more powerful than morphine or heroin, fentanyl has been used as an anesthetic since the 1930s. It’s typically used to relieve pain for cancer patients.

Fentanyl is even more dangerous when used with other drugs like cocaine, heroin, or meth.

Dealers are increasingly cutting other drugs with fentanyl leading to a continued danger from another of the lethal opioid family.

How To Rebuild Your Life With Renaissance Recovery

If you’ve called a drug addiction helpline and you realize you need to take action to kickstart your recovery, there’s never been a better time.

Our treatment center in orange county can help you overcome any addiction with all the support you need in place.