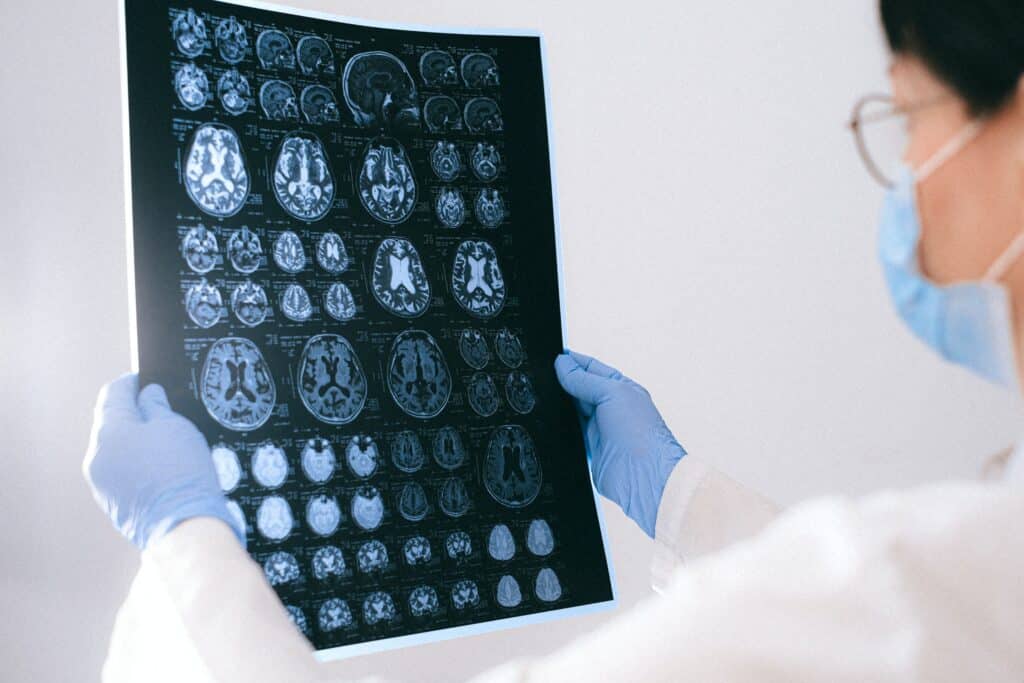 WKS is a brain disorder that is associated with the acute deficiency of thiamine (vitamin B1).

A thiamine deficiency occurs frequently among individuals with poor nutrition. It is also frequently a complication of long-term and heavy drinking.

Some of the symptoms of wet brain syndrome are reversible, assuming the condition is diagnosed early. If left untreated, though, wet brain can cause ongoing problems with muscle coordination, irreversible confusion, and distressing hallucinations.

Thiamine depletion is seen in those with poor nutrition and is a common complication of long-term heavy drinking.

What is Wet Brain Syndrome?

Wet brain, clinically described as Wernicke-Korsakoff syndrome, is a type of neurological disorder consisting of two distinct and separate conditions that can strike simultaneously.

Those two conditions are:

If WKS is untreated, it can transition into the chronic and irreversible Korsakoff syndrome.

When these two disorders co-occur, this is known clinically as Wernicke-Korsakoff syndrome and informally as wet brain syndrome.

In the United States, most cases of WKS are associated with chronic alcohol consumption. Wet brain can also occur in individuals with eating disorders, malnutrition, and other conditions that trigger a thiamine deficiency.

WKS symptoms are brought on by a deficiency of vitamin B1, otherwise known as thiamine.

Thiamine is a nutrient required by all your bodily tissues, but vitamin B1 plays a more central role in the nervous systems and cardiovascular systems than it does in the body’s other organ systems.

If the symptoms of WKS remain untreated, lesions can develop in the brain, leading to permanent and potentially fatal brain damage. The early detection of wet brain is key to mitigating long-lasting and irreversible damage.

Although only between 1% and 2% of the U.S. population develops wet brain, prevalence rates of WKS among those who drink alcohol chronically is much higher (between 12% and 14%).

Individuals who have undergone bariatric surgery or surgery in the GI region are at heightened risk of wet brain.

The first disorder of WKS – Wernicke’s encephalopathy – is a severe but temporary condition characterized by abnormal eye movements, the loss of muscular coordination, and vision changes.

The informal name wet brain was coined due to the strong association between WKS and the chronic abuse of alcohol.

Alcohol abuse is the main cause of thiamine deficiency in the United States. This often occurs through malabsorption and poor nutrition, both commonplace among those who have been drinking alcohol heavily and long-term.

Wet brain syndrome life expectancy can be as limited as just six months. Once someone has been diagnosed with end-stage alcoholism, Korsakoff’s syndrome dementia impacts the brain, the CNS (central nervous system), and the cardiovascular system.

The most common initial symptoms that present in those experiencing wet brain are:

The most common symptoms associated with wet brain are confusion and disorientation. Often developing over the course of several days, initial confusion often gives way to other changes to emotional state.

Ataxia (loss of control of movement)

Many people with Wernicke’s Korsakoff Syndrome have problems controlling their movements. Balance is affected by WKS, leading to a slow, unsteady gait.

As wet brain sets in more fully and worsens, it can become problematic for sufferers to stand or walk unaided. In the worst scenario, people with wet brain are unable to walk at all.

Wernicke’s Korsakoff Syndrome can bring about a variety of problems related to the eyes.

Other vision issues only become apparent during an examination. The most common side effects of wet brain related to vision include:

More rarely, those diagnosed with wet brain experience paralysis of some of the eye muscles.

Research indicates that between 80% and 90% of those who abuse alcohol and develop Wernicke’s encephalopathy will also develop Korsakoff’s psychosis, a type of neuropsychiatric dementia.

Korsakoff’s psychosis is viewed as a residual condition that occurs if Wernicke’s encephalopathy is not promptly and effectively treated.

This final stage of wet brain is also known as:

The most common symptoms of Korsakoff’s psychosis are as follows:

The other symptoms sometimes associated with Korsakoff’s psychosis include:

If the above signs and symptoms of wet brain are not noticed or attributed to other causes, this can be dangerous and possibly deadly.

If you have been drinking heavily to the extent of developing alcohol use disorder, we can help you build a firm foundation for ongoing sobriety here at Renaissance Recovery in Orange County.

We specialize in treating alcoholism in an outpatient setting, and we can also treat any co-occurring mental health disorders to streamline your recovery.

Choose from one of the following treatment programs to suit the severity of your alcohol use disorder and your personal circumstances:

If you require a medically supervised detox, we can connect you with licensed medical detox centers throughout Southern California.

All Renaissance alcohol addiction treatment programs offer you access to these interventions:

Due to the high relapse rates of alcoholism, your treatment team will equip you with an aftercare plan, including relapse prevention techniques and access to our Renaissance Recovery alumni program.