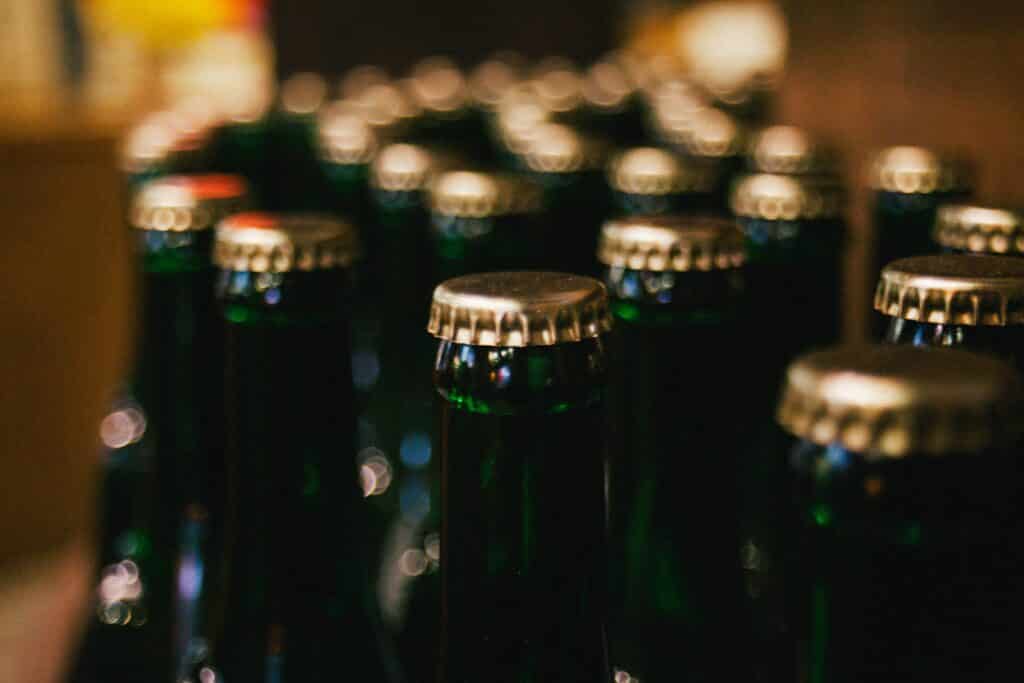 Although everyone addiction to alcohol is unique, there are several stages of alcoholism that typically unfold in a similar way.

Regrettably, alcoholism is on the rise in the United States. SAMHSA (the Substance Abuse and Mental Health Services Administration) publishes results from the National Survey on Drug Use and Health annually. NSDUH 2019 showed that 14.5 million people had alcohol use disorder, practically doubling to 28 million people per NSDUH 2020.

For a formal diagnosis of AUD, a healthcare provider or mental health specialist will assess your alcohol intake and drinking habits based on your responses to these eleven questions concerning the previous year:

Alcohol use disorder is diagnosed according to the number of symptoms present as follows:

This diagnostic framework means it is straightforward to diagnose alcohol use disorder, but how about the various stages of alcoholism?

What are the Four Stages of Alcoholism?

E Morton Jellinek, a scientific researcher who exhaustively studied the biological and psychological nature of alcoholism, first defined these four stages of alcoholism in the 1950s:

The pre-alcoholic stage is challenging to diagnose as it characterized by an absence of evidence pointing to a drinking problem.

If a close family member was in the pre-alcoholic stage, you may be unaware of this.

For most people in this stage leading to the development of alcohol use disorder, drinking is mainly social in nature. As dependence and tolerance develop, and if drinking habits become more abusive, alcohol may be used to relieve stress or to self-medicate anxiety.

The primary physiological component of the pre-alcoholic stage involves tolerance. You will need more alcohol to achieve the same effects.

If you are concerned you or a loved one could be pre-alcoholic, consider these questions:

You should raise any concerns about the potential development of alcohol use disorder with your doctor. Problems are much easier to fix before the early stage of alcoholism unfolds.

If you have experienced an alcohol-induced blackout, there is every chance you are in the early alcoholic stage. All addictions to alcohol will differ, so you should always voice your concerns with your healthcare provider. The more transparently you can discuss your drinking habits, the more accurately your doctor can help connect with the treatment you need.

For those in the early alcoholic stage, drinking starts triggering a variety of problems. At the same time, drinking becomes increasingly alluring and more difficult to resist.

Many people in the early alcoholic stage start lying to their loved ones and many become secretive about their alcohol intake in an attempt to mask a growing problem.

Tolerance is integral to alcohol use disorder. As you need more and more alcohol, so you may start spending more time drinking, leading to even more debilitating hangovers and lengthier recovery times.

This phase of alcoholism is commonly defined as the adaptive stage, characterized by a building struggle with alcohol addiction, both physical and psychological.

Rather than drinking in a social setting, many drinkers in the early alcoholic stage start using alcohol as a coping mechanism. Instead of a social lubricant, alcohol becomes little more than a maintenance medication. The joy of drinking dissipates as the grip of addiction tightens.

Even though you may be undergoing a fierce internal struggle with alcohol use disorder already developed, the signs may not be obvious to loved ones.

The middle alcoholic stage is characterized by the following:

Physical signs of alcohol abuse become more obvious by this stage. Some people may be bloated, gaining weight as alcohol use disorder further develops. Others may lose weight as alcohol takes precedence over food. Skin will become red and dry.

Some people in this phase of alcoholism may start attending peer-support groups like AA (Alcoholics Anonymous).

Once alcohol use disorder develops, cravings for alcohol will kick in triggering restlessness, insomnia, and nausea.

By this stage, few people have any control over drinking and enjoyment is stripped from the equation.

You should take immediate action rather than allowing end-stage alcoholism to develop.

If alcoholism is allowed to continue unchecked, serious physical health issues are inevitable. These include:

Any attempts to stop drinking without medical supervision could be life-threatening.

Drinking is the main event by this final stage. Fortunately, even at this chronic latter stage of alcohol use disorder, you can kickstart the process of recovery.

If you have been struggling with alcohol use disorder, you can engage with a variety of programs here at Renaissance Recovery without needing to head to residential rehab.

Whatever intensity of treatment is advisable for your alcoholism, you’ll benefit from a personalized array of research-backed therapies, including:

Additionally, you can engage with a variety of holistic therapies during your ongoing treatment for alcohol use disorder here at Renaissance.

You will then either step down to a less intensive level of care or reintegrate with daily living equipped with a robust aftercare strategy and relapse prevention plan. Recovery from alcoholism is not an event like detox or discharge, but rather an ongoing process. Our outpatient programs for alcohol use disorder help provide the firmest foundation for your sustained sobriety in the face of high relapse rates for alcoholism. Take the first pivotal step by calling admissions today at 866.330.9449.

In drug rehab, there are several types of therapies used to help people overcome this health challenge. Two of the most popular therapies are cognitive behavioral therapy