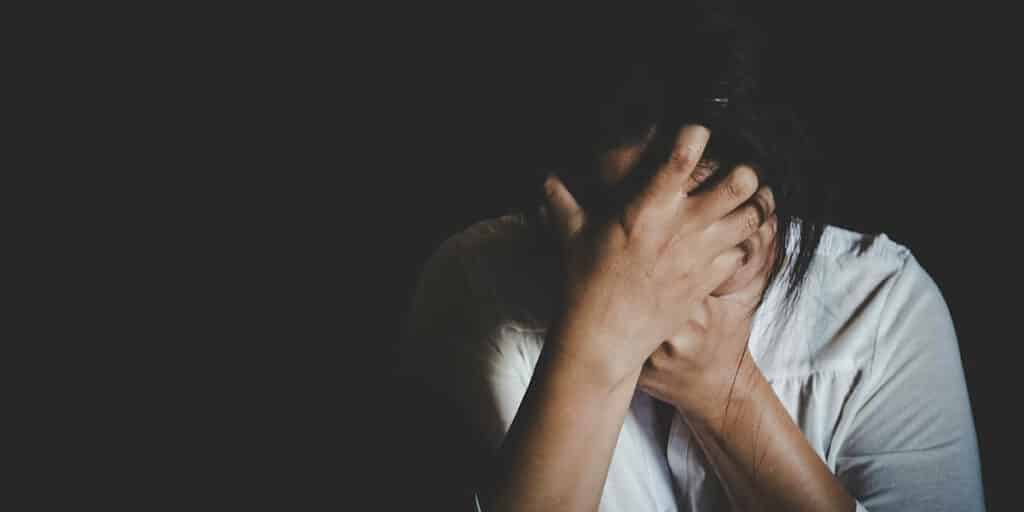 PTSD and Addiction: Are They Linked?

It’s probably not surprising that studies have shown a clear link between PTSD and addiction but what is surprising is the number of people who are affected.

Recent studies show that around 50-66 percent of those who suffer from PTSD also battle simultaneous addiction. The reverse is also true, as TIME reports.

People suffering suffer from PTSD are said to be two to four times more likely to also be suffering from addiction than their peers who do not also struggle with PTSD, according to a study by Clinical Psychology , a well-respected journal.

PTSD is a disorder that will affect about seven or eight out of 100 people in their lifetime, the National Institute on Mental Health (NIMH) reports.As most know, PTSD is brought on by the experience of a traumatic or life-threatening event. When a person is in danger, the brain triggers the so-called  “fight-or-flight” response. Brain chemicals are altered, and heart rate, blood pressure, respiration, and body temperature are elevated.

When the stress response continues after the danger has passed, and it is no longer necessary to protect a person from harm, the person may have PTSD. PTSD symptoms may occur in as few as three months after the traumatic event (e.g., car accident, a victim of a crime, death of a loved one, combat, natural disaster, witness to life-threatening or fatal accident, childhood trauma, etc.) or several years later.

PTSD is typically stated to exist if the symptoms interfere with daily life and continue for at least a month or more. Symptoms of PTSD are usually categorized as follows:

Addiction is defined by the American Society of Addiction Medicine (ASAM) as a brain disease brought on by chronic drug use that interferes with and makes changes to brain circuitry and chemistry, and these changes lead to compulsive drug-using behaviors. Individuals are unable to control how much and how frequently they use drugs and will experience negative emotional, physical, interpersonal, social, and behavioral consequences.

The Link Between PTSD and Addiction

Substance abuse, addiction, and post-traumatic stress disorder (PTSD) have a complex relationship that can cause addiction treatment or PTSD treatment to be more complicated. High levels of stress can make it more likely for a person to turn to drugs or alcohol as a means of escape. Drugs can increase pleasure, decrease anxiety, and provide a distraction from difficult emotions.

With repeated drug use, it will become harder and harder for the brain to keep regulating amounts of dopamine, adrenaline, and GABA normally. Drug cravings and uncomfortable withdrawal symptoms, including anxiety, depression, insomnia, and irritability, can make it more difficult for a person to stop using drugs as dependence sets in. Significant drug dependence and the onset of withdrawal symptoms often lead to a loss of control over drug use, or addiction.

Chronic stress can interfere with a person’s impulse control, learning, and memory functions. Drugs can become a coping mechanism, or a method of self-medication for the symptoms of PTSD and for stress, and regular drug use can interfere with some of the same regions of the brain, and brain chemicals, that high amounts of stress can.

Young brains that are not fully developed may be at a higher risk for developing PTSD as a result of trauma as well as for addiction later in life as the result of early exposure to drug abuse. A stressful environment, biology, and genetics can also play a part in the formation of both disorders. PTSD and drug use commonly co-occur with other mental health disorders, and the Current Psychiatric Reports publishes that influences related to genetics in major depression, panic disorder, addiction, and generalized anxiety share up to 60 percent of the genetic variance seen in PTSD. Parts of the brain that make a person more vulnerable to developing PTSD after a stressful or traumatic event may then be similar to those that may predispose a person to addiction. In addition, chronic stress heightens a person’s vulnerability to addiction and makes them more prone to relapse, the Annals of the New York Academy of Sciences reports.

Alcohol and drugs may provide a temporary respite from PTSD symptoms and help a person to avoid painful memories associated with trauma. As the drugs wear off, however, levels of stress and PTSD symptoms are often worsened. Drinking or doing drugs can also interfere with decision-making abilities and increase risk-taking behaviors, putting a person at a higher risk for being involved in an accident, being the victim of a crime or violence, or suffering trauma. Thus, substance abuse may contribute to the onset of PTSD just as PTSD symptoms can induce a person to abuse drugs or alcohol for self-medication purposes.

In such cases, there is a clear link between PTSD and addiction. Treatment becomes more complicated and the treatment period will typically be longer.

Drug withdrawal symptoms can exacerbate PTSD symptoms, worsening the disorder and making it more difficult to stop using drugs. In a similar fashion, abusing drugs or alcohol as a method of coping with PTSD symptoms delays treatment progress and may make PTSD symptoms last longer, the U.S. Department of Veterans Affairs (VA) warns. Studies of inpatient substance abuse treatment centers have found that half of all of those receiving treatment for addiction also suffered from simultaneous PTSD, the American Psychological Association (APA) reports.

Identifying PTSD early on in the addiction treatment process is critical to achieving better outcomes.

Treatment for Co-Occurring PTSD and Addiction

When PTSD and addiction co-occur, it is important to treat the two disorders simultaneously and in an integrated fashion. If drug dependence is significant, detox is often the first step in a detailed treatment plan.

PTSD can heighten the severity of withdrawal symptoms, so medical detox is optimal. During medical detox, an individual is admitted to a specialized facility where they can stay for several days. Medical detox centers provide medical and mental health care and supervision 24 hours a day, seven days a week, in a secure and safe environment. A combination of supportive care and pharmacological tools is generally used to help a person reach a level of physical stability and ready them for admission into a specialized addiction treatment center experienced in treating co-occurring disorders.

Behavioral therapies, such as Cognitive Behavioral Therapy (CBT), can help clients learn how to better manage stress and deal with potential triggers as well as aid in enhancing self-esteem and modifying negative thoughts.

Exposure therapy is often useful in helping individuals with PTSD learn how to face their fears and traumas. Trained professionals can help individuals develop coping techniques and learn how to move past their fears. Seeking Safety is another evidence-based and trauma-focused therapy that is highly flexible and beneficial in treating co-occurring addiction and PTSD.866.330.9449