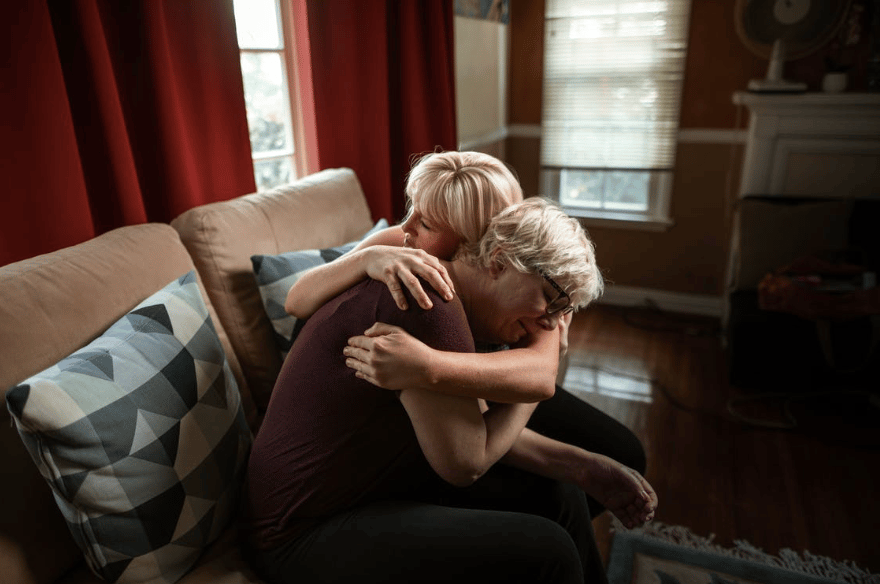 Polysubstance abuse is misunderstood, so we’ll clear up the confusion today. We’ll also show you how to get help if you’re dependent on more than one substance.

In most cases, the term polysubstance abuse is used to describe the abuse of multiple illegal drugs. It’s also commonly used in reference to prescription medications used for non-medical purposes.

The goal of the polydrug user is to achieve an intense feeling of euphoria, or high. For some people abusing several substances, combining drugs magnifies the effects of each drug. Others simply abuse whatever drug is on hand with the goal of altering their consciousness at any cost.

What is Polysubstance Abuse?

Polysubstance abuse was a diagnosis in previous editions of the industry-standard Diagnostic and Statistical Manual of Mental Disorders, but it was eliminated from the criteria in the fifth edition, DSM-5.

The former definition of polysubstance abuse was a substance dependence disorder where the person regularly uses three or more substances or groups of substances.

The term substance use disorder is now applied to anyone with a problem with drink or drugs, regardless of the number of substances being used.

However you choose to describe this type of abusive behavior, polysubstance abusers don’t typically have a preferred substance, whereas someone abusing alcohol or cocaine in isolation desires the effects of those particular substances. For polydrug users, the high is what counts.

Beyond this, someone classified with polysubstance use disorder under the old framework in earlier editions of DSM doesn’t necessarily need to qualify as dependent on any of the substances individually. The abuse is cumulative.

So, the definition was changed for DSM-5 due to being little used and widely misunderstood. Companion notes state that “With the new threshold for substance use disorders, the category became irrelevant.”

Given the deliberate nature of the destructive behavior involved – getting high for the sake of it – polysubstance abuse presents its own particular challenges and dangers.

What Are The Dangers of Polysubstance Abuse?

Viewed broadly, though, there are some specific dangers brought about by polysubstance abuse.

Whenever you use any drug, there are possible negative side effects. If you use a combination of drugs, the severity of these side effects increases exponentially.

As well as being impacted by each of the substances in their own right, you’ll also trigger unique effects when you layer multiple drugs. Drinking alcohol while taking cocaine, for instance, creates a new metabolite, known as cocaethylene, that amplifies the effects of both substances, leading to more dangerous side effects and heightened risk of overdose.

In general, using a combination of drugs leads to:

All substance abuse carries with it the risk of overdose. When you use substances in combination, though, this risk increases.

When you use some substances, this masks the effects of other substances you’re using, leading you to potentially take higher doses than normal. This can result in overdose when the quantities are sufficiently high.

Overdose can trigger long-term health effects, and it can even be fatal.

Due to the intricacies and subtleties of addictions to multiple substances, treatment is more complicated.

If you’re a polydrug user looking to clean up, you should look for treatment centers that specialize in dealing with this issue.

The way different drugs interact can cause changes to your metabolism and increasing the blood concentrations of the substances you’re using. Sometimes, new metabolites are formed and toxicity increased as your body breaks down multiple substances.

Some chronic diseases like Hepatitis C are more prevalent in heavy drinkers who are also intravenous drug users. Cigarette smokers who abuse cocaine, by contrast, are at heightened risk, of myocardial infarction.

If you have a co-occurring mental health condition along with polysubstance use disorder, this can become inflamed by the use of multiple drugs.

Equally, those with mental health conditions are more prone to abusing drugs as a means of self-medicating.

All of these situations are amplified in the case of polysubstance abuse.

What, then, prompts someone to engage on a path that’s so reckless and littered with so many pitfalls?

Perhaps the main motivator for those deliberately abusing a combination of drugs is the way this enhances the effects, both mental and physical, of the substances in question. Mixing alcohol and benzodiazepines, for example, leads you to get intoxicated more rapidly. Since these substances both work on the brain’s GABA receptors, taking them in tandem enhances their sedative effects, while simultaneously increasing the chance of withdrawal.

More rarely, multiple substances are abused unwittingly, in the case of prescription medications and alcohol.

For the most part, though, polysubstance abuse is premeditated.

What Are The Most Frequently Poly-Abused Substances?

Cocaine and alcohol are routinely used in combination, likely for the combination of effects of the euphoric high that cocaine brings, counteracted by the depressant effects of alcohol. Some studies even suggest that cocaine users will regularly drink alcohol to combat the anxieties that their drug use can bring.

Individually, each of these substances increases risky and impulsive behaviors. They also both negatively impact cognitive function and decision-making.

So, next time you’re out drinking with friends, make sure you leave that wrap of cocaine alone.

Both opioids and benzodiazepines are CNS depressants. Combining these classes of drug can cause you to enter respiratory depression, potentially leading to a deadly overdose.

Some people feel that prescription drugs are safe as they come from a doctor. When abused, and when abused in combination with other substances, this is certainly not the case.

Many polydrug abusers fly under the radar with loved ones, as they often don’t show the signs of addiction as quickly as those abusing just one substance.

On many occasions, polysubstance users switch up their drug of choice. This minimizes the red flags that often betray heavy drinkers or cocaine users.

Since polydrug users by no means always progress through the full five stages of addiction, they may not even become addicted to any one substance. Instead, they develop an overall reliance on any given substance that alters consciousness as desired.

Substance abuse and dependence are often used interchangeably, but they are not the same thing.

Someone abusing drugs can often go through periods when they seem able to take or leave the substance. When viewed from an outside perspective, this often seems the case with those abusing multiple drugs. As mentioned, though, this is not necessarily a reliable impression. The person in question may be drinking far less than normal simply because they’re using more cocaine or smoking more marijuana instead.

When the pattern of binges that characterizes drug abuse starts becoming continuous, though, the motivation of the user has changed, albeit usually subconsciously. No longer is the object of polysubstance abuse enjoyable recreation. Rather, the person is compelled to use the substance merely to feel normal. This is when dependence has set in. Polysubstance dependence can be particularly debilitating.

Lines become blurred when it comes to treating polysubstance abuse. There is insufficient data to draw on to determine whether it’s more effective to treat the abuse of each substance separately, or whether to address all substance issues head-on.

The removal of polysubstance abuse from DSM-5 means there is unlikely to be much more vigorous research in this area any time soon. Heightened awareness of the dangers of polydrug abuse is the best we can hope for right now.

Overall, inpatient treatment makes the best fit for most people suffering from polysubstance abuse. This allows for medical detox so you can withdraw from the substances in question as safely and comfortably as possible.

In the case of opioid use disorder and alcohol use disorder, medication-assisted treatment is especially effective. Several FDA-approved medications are proven effective for minimizing the intensity of withdrawal symptoms and also reducing the cravings you’ll get for drink or drugs.

The other core component of treatment for polysubstance abuse is a range of psychotherapy like CBT (cognitive behavioral therapy). With CBT, you’ll learn how to identify the triggers that lead you to abuse multiple substances. You’ll also discover how to cope with these cravings without relapsing through honing and implementing superior coping skills.

MET (motivational enhancement therapy) can also be powerfully effective for treating polysubstance abuse. This non-confrontational strand of counseling helps you to better understand your actions, while also doubling down on the underpinning reasons for your substance abuse.

If you or a loved one abuses multiple substances, Renaissance Recovery provides many rehab programs. These include:

What Happens When Users Mix Substances

Beyond that of addiction, the dangers of mixing substances also include severe health risks. For example, users could experience:

Talk to Your Loved Ones About Polysubstance Abuse

If you believe that your family member or a loved one is engaging in the use of more than one substance, it’s time to talk to them about the dangers of mixing substances. Otherwise, the final result could be fatal. Utilize the following tips when discussing the issue:

Rather than trying to navigate these issues alone, call the friendly team at 866-330-9449 to learn more about polysubstance abuse and how we can help you get back on track.

Allow our addiction treatment experts guide you through recovery from poly-substance abuse, and start living a more fulfilling life!
844.912.2284