Understanding Nature vs. Nurture of Alcoholism 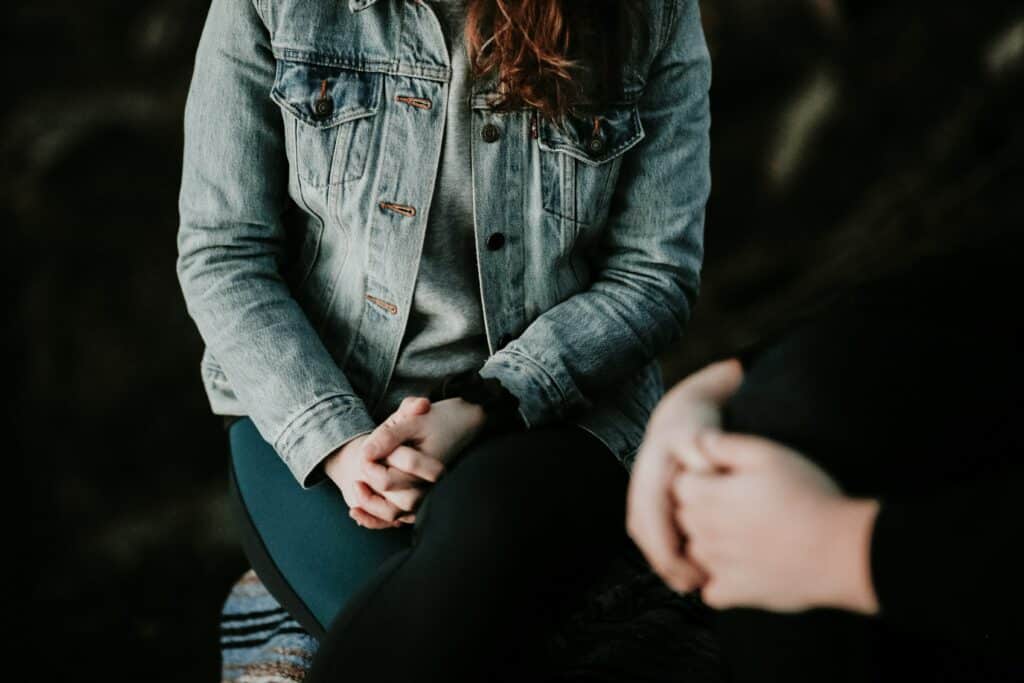 For decades, scientists have studied the link between genetics and addiction to work and determine a better understanding of the nature vs. nurture of alcoholism and addiction in general. They were searching for a simple answer to one question: Is addiction genetic or not? This is often referred to as the “nurture vs nature” addiction debate.

The question seems simple, but the answers they found were anything but simple. Some of this ambiguity stems from a lack of understanding of what genes are, and what they do. Not to get too granular, but let’s just remember that genes are molecules that contain information about a particular human being.

There are more than 22,000 genes in the human body and probably higher than that, as advances in genome mapping are made. The genetic information determines what we all have learned over the years, including eye color, hair growth patterns, and skin color. Genetic information could also determine whether a person is likely to develop a particular illness or genetic condition.

Research has taught us that many medical conditions have a genetic component, which means that a person is at risk for developing the condition if it runs in their family, but it does not determine if the person will actually develop the condition.

Key Aspects to Understanding Nature vs. Nurture of Alcohol Addiction

Keen to jump on the nature vs nurture addiction debate, in 2012, a major “news” network published a report that listed five myths surrounding addiction. The first item on the list was this news network’s the belief that genes simply “cause” addiction, which some people take to mean that if there is no history of alcoholism in their family, allows them to drink with impunity. Unfortunately, as is the case with more and more news outlets, their report was little more than sensationalism.

Their assertion was simply unproven and medical experts were quick to point out the error. According to the National Association for Children of Alcoholics, even though the children of alcoholic parents are four times more likely to grow up to become alcoholics themselves (compared to children who grew up with parents who didn’t abuse alcohol), the factors of whether a person will develop addiction are a complex combination of environment, lifestyle, upbringing, mental health, demographics, and, fitting somewhere into that spectrum, genetics.

You can’t study the nature vs nurture debate without looking at differences in parenting styles. Common sense tells us that how parents actually go about the business of parenting is powerfully influential. Even if both parents have alcoholism in their blood (assuming that was possible), a strong upbringing can be a shield against the genetic inclination toward substance abuse. To that effect, the National Institute on Alcohol Abuse and Alcoholism identifies four styles of parenting as it pertains to structure and discipline:

Research has indicated that children who are raised by parents adopting the authoritative model of parenting tend to be more successful than their peers, when measured for self-image, academic success, or substance abuse (or lack thereof). You read that correctly: stricter parents produce kids that are more successful The best explanation of why the authoritative style is so effective is because children who grow up in that structure learn important approaches to problem-solving, and how to regulate and express their emotions, to where they can develop skills and strategies against the harmful thought patterns that often come before substance abuse.

The support and discipline provided by authoritative parents foster the ability of the child to make healthy decisions. Such a child is disinclined to choose potentially harmful activities,  such as whether or not to drink or use drugs.  In this way, a nurturing environment could offset the nature of the genetic component of addiction. In another interesting component of their research, the Proceedings of the National Academy of Sciences published the results of a study that looked at the use of marijuana among twins and found that factors in childhood development may have a greater role in determining whether people who smoke cannabis will develop a dependence on it.

In short, in terms of the nature vs nurture debate, the evidence is clear that even if genetics did play a role, parents really need to be on top of their game and need to talk to their children about the dangers of addiction.

That said, to assume that the genetic side of the equation can be easily overlooked in favor of a solid upbringing would be a mistake. The Wall Street Journal writes of how male children of male alcoholics are nine times more likely to become drinkers themselves when compared to other people in the general population. Additional research has shown that babies of alcoholics, adopted into homes where there is no drinking, have the same risk of developing alcoholism as they would if they had stayed with their biological parents — inconclusive on its own, but certainly intriguing. The American Psychological Association went so far as to say “Genes matter in addiction.”

The National Institute of Alcohol Abuse and Alcoholism quotes research that indicates the risk of genes determining alcoholism is around 50-60 percent (while providing the caveat that “features in the environment” make up the other 40-50 percent. The keyword NIAA uses is “risk.” No one inherits an alcohol use disorder or a drug use disorder; they inherit the risk of developing such a disorder, and for some people, that risk could be as great as a 60 percent chance that one drink – a beer at a football game or a glass of wine at dinner – will be the “right configuration of events” the Psychology Today therapist spoke of as the trigger for the time bomb. In “Genes and Addiction,” the University of Utah explains that there is no such thing as a born addict; or, in more clinical terms, the susceptibility of addiction does not mean that an addiction is unavoidable. It does mean, however, that other (potential) triggers in the person’s life have to be examined more closely to determine whether or not that person is likely to develop a substance abuse problem.

One such trigger is mental health. Not surprisingly, the same genes that play a role in the determination of mental health conditions work in a very similar way as the genes that are involved in determining the possibility of addiction. Certain mental health disorders (such as depression, anxiety, and stress) have all been associated with the development of substance abuse in an individual, this connection is often referred to as a dual diagnosis. This isn’t enough of a connection to prove the nature vs nurture theory one way or another, but it certainly blurs the lines further.

Addiction Nature vs Nurture: Where Are We Today?

Today, most scientists who carefully examine the ever-expanding research base have come to appreciate that the nature and nurture domains are hopelessly interwoven with one another. Genes have an influence on the environments we experience. At the same time, a person’s environment and experience can directly change the level at which certain genes are expressed (a rapidly evolving area of research called epigenetics), which in turn alters both the physical structure and activity of the brain.

Given this modern understanding, the question of nature versus nurture ceases even to make sense in many ways. As an example, consider the developmental pathway a 10-year-old boy might have taken to eventually presenting to a mental health professional for high levels of aggressive behavior. He may have inherited a genetically-based temperamental predisposition to being aggressive. As a young child, that tends to become irritable and angry would then often evoke more negative responses in other people such as parents, who may themselves struggle with controlling their own anger. These interactions begin to snowball, affecting his schoolwork and friendships and, through epigenetic mechanisms, all of these experiences cause this child’s brain to grow differently. In short, genetics may make one potentially predisposed to addiction, but environmental factors can play a far more substantial role in the outcome.

If you are looking for help for an addiction problem for either yourself or your loved one, please reach out to our team at Renaissance Recovery today. We can help you learn more about the nature vs nurture debate and give you a closer look at our outpatient opportunities and sober living homes.