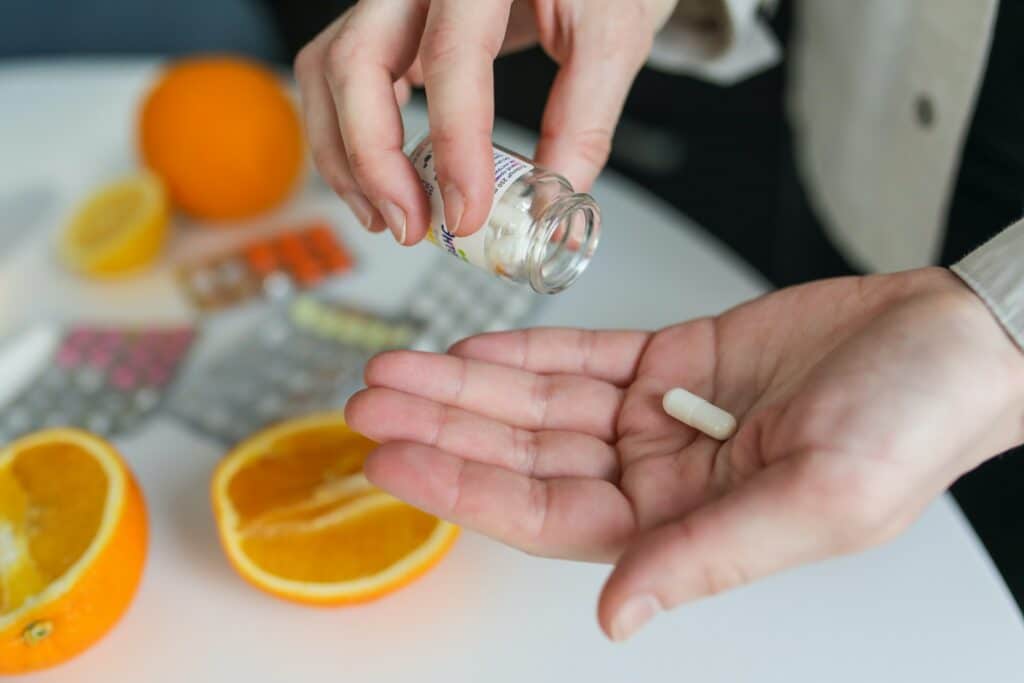 Medication misuse takes on many forms, most commonly the misuse of prescription drugs.

Regrettably, more people than ever are abusing all types of medications, from opioids to stimulants to benzodiazepines. According to NSDUH 2020, over 12 million people misused prescription psychotherapeutic drugs, a number that has doubled since 2014.

Of all the above medications, opioids have garnered the most press as a drug of abuse. The opioid epidemic has become a national health emergency, and the growing menace of fentanyl sees the opioid crisis enter a third and deadly phase.

According to the CDC, the number of deaths by opioid overdose has increased by more than 200% since 2000.

What is medicine misuse, then?

What Does Medication Misuse Mean?

The most recent data from SAMHSA’s National Survey on Drug Use and Health shows that 43 million people used prescription medications, down from 44 million in 2019. Among these, over 6 million misused those prescriptions during that year, with 2 million reporting past-month prescription misuse.

With many people misusing their prescription medications for the first time, and with millions of others already entrenched in medication misuse, the consequences can be serious, including addiction and potentially fatal overdose.

The overuse, underuse, and misuse of medication can all be considered abusive patterns.

Any use of medication against medical or legal guidelines is considered medication misuse. The term is most commonly applied to prescription medications.

While medication misuse often leads to medication abuse, this does not always occur.

You might be straying from medication misuse into medication abuse in the following scenarios:

What Does Misuse of Prescription Drugs Do?

The misuse and abuse of prescription drugs typically involves the following three classes of medication:

These medications are misused in different ways and for different reasons. The symptoms of misuse also vary according to the medication. Opioids are arguably the most damaging of all medications to misuse and abuse.

Opioids have been used for centuries as a highly effective general painkiller. This medication works on the opioid receptors in your spinal cord and brain, reducing your perception of pain.

Until the 1990s, opioids were almost exclusively prescribed to treat acute pain, often in cancer patients. There was minimal evidence to suggest opioids would be effective for long-term use, so they were seldom prescribed for chronic pain.

1991, though, saw a steep increase in deaths from opioid overdose. Pharmaceutical companies aggressively promoted opioids like OxyContin as non-addictive and ideal for the treatment of chronic pain, claims proved to be false.

By 2010, there was also a pronounced uptick in heroin-related deaths. This was largely due to early efforts to reduce the amount of opioids prescribed, causing some people who were unable to get a prescription to start using heroin, often with deadly consequences. Indeed, up to 80% of all those who use heroin first used prescription opioids.

While to some extent under control, the opioid epidemic is ongoing, with the misuse of opioids remaining an active concern.

If you experience any of the following symptoms after using prescription opioids, you may already be misusing or abusing the medication:

If you take opioids exactly as prescribed, they can be an effective pain-management tool. When taken for just a few days, it is unlikely any issues will develop.

The long-term use of opioids, by contrast, will typically lead to tolerance and dependence, sometimes in as little as 4 weeks.

If you attempt to quit using opioids once dependence sets in, you will experience intense and uncomfortable withdrawal symptoms. Detoxing from opioids unsupervised can be dangerous.

The misuse and abuse of opioids increases the risk of overdose. Just one heavy dose of opioids is enough to trigger respiratory depression, sometimes causing death. The risks are amplified when you use opioids in combination with alcohol and sedatives.

If you encounter any of the above signs of opioid addiction, you should speak with your physician before you develop opioid use disorder.

The limited applications for stimulants mean that fewer people misuse this class of medications than opioids, although stimulant misuse remains a concern among young adults.

If prescription stimulants are used as directed, you will find energy levels and alertness increase, as well as your ability to focus.

This is achieved by the way these medications act on the dopamine signaling in your brain.

Both Adderall and Ritalin are routinely abused by college students in an attempt to stay alert and focused while studying. Stimulants also induce a sense of euphoria, so they are commonly misused and abused for recreational purposes.

If you are using prescription stimulants and you notice any of the following markers, you could already be misusing or abusing your prescription:

It takes time for dependence to build with prescription stimulants, but withdrawal symptoms can be intense once addiction sets in.

The repeated misuse of stimulants can trigger feelings of hostility and even psychosis.

There is a slight chance of heart failure and seizure with stimulant abuse.

The most common form of stimulant misuse is using medications intended for someone else.

All medications in this class slow down brain activity, making them ideal for treating anxiety disorders and sleep disorders.

CNS depressants work in different ways, depending on the class of drug.

Xanax, Klonopin, and Valium are all members of the benzodiazepine family, commonly abbreviated to benzos. Benzos can be highly effective for the short-term management of sleep disorders, but tolerance quickly builds. Accordingly, benzos are rarely prescribed on an ongoing basis. Many people who start taking benzodiazepines misuse their prescriptions, and others seek black market benzos when unable to legitimately refill their prescriptions.

Non-benzo sleep medications do not have the same chemical structure and they tend to produce far fewer adverse side effects. Ambien is nevertheless frequently misused.

Nembutal and other tranquilizers have a high risk of overdose. These medications are typically prescribed for the treatment of seizure disorders rather than sleep disorders and anxiety disorders.

CNS depressants can be medically useful, but this class of medication also has a potential for misuse and abuse.

Watch out for any of the following red flags for CNS depressant misuse and abuse:

If you take CNS depressants for longer than recommended, tolerance easily builds, causing you to require increasingly more of the medication to generate the same rewards.

You should only use this class of medication precisely as prescribed.

In most cases, central nervous system depressants are only prescribed for a few days. When used beyond this point, there is a risk of dependence setting in, and of withdrawal symptoms manifesting upon discontinuing use.

If you have misused your prescription for CNS depressants, you should consult your physician rather than suddenly quitting alone.

If you have been misusing prescription drugs, different medications carry different risks, as outlined above.

Misusing any type of prescription medication can cause physical dependence and/or addiction in the form of substance use disorder – opioid use disorder or stimulant use disorder, for instance.

The misuse of prescription medications can also precipitate the use of illicit substances, engaging in some form of criminal activity, and increasing the likelihood of accidents. This form of substance abuse can also lead to problems developing in your personal and professional life.

Here at Renaissance Recovery Center, we can help you safely detox and withdraw from these medications, using a tapered reduction method.

You can engage with outpatient treatment at varying levels of intensity, including:

Whichever form of treatment makes the smoothest fit, you’ll have access to evidence-based treatments – medication-assisted treatment, psychotherapy, and counseling – to help you combat the physical and psychological aspect of addiction to prescription medications.To move beyond addiction and to return to sober living, reach out to Renaissance today at 866.330.9449.

PrevPreviousWhat is an Addictive Personality?
NextThe Dangers of Nicotine PouchesNext