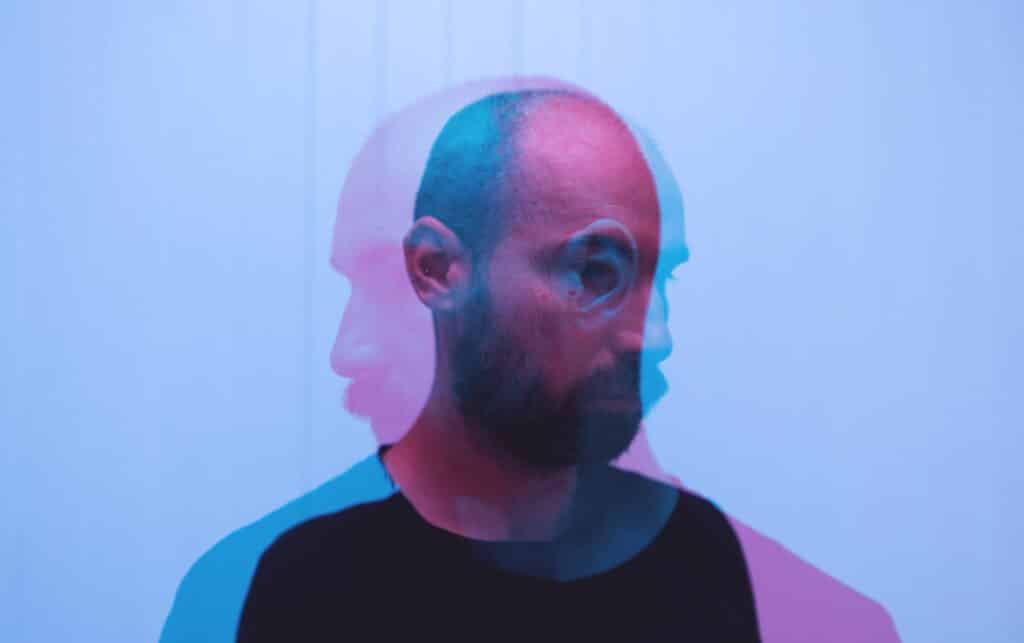 To fully comprehend the severity and complexity of heroin withdrawal symptoms, we first need to explore how the drug works.

If you can better understand how this potent narcotic affects the mind and body, you’ll dramatically increase your chances of stopping using the drug.

Heroin is a very addictive substance derived from the morphine found in the seeds of opium poppies. Through chemical changes initiated near the opium growing fields, the substance is changed into semi-refined morphine. From these chemical refineries, heroin is trafficked worldwide.

Street level heroin varies in color depending on the purity level of the drug. A white powder is typically indicative of purer heroin, while black or brown heroin is normally diluted.

Heroin has one commonality wherever it comes from and however pure it is: it’s a highly addictive drug.

The drug is snorted, smoked, or injected intravenously. Regardless of the delivery method, heroin hits the brain quickly. Injecting the drug gives the quickest and strongest effects.

Now, what happens once heroin enters your system? How does it change your consciousness, and what makes heroin so addictive? Both of these factors serve to complicate withdrawal, so let’s explore what heroin does next.

What Does Heroin Do?

Heroin is an opiate that interacts with opioid receptors in the brain. Resultantly, pleasurable sensations are delivered along with strong pain-relieving properties.

You have neurotransmitters in your brain associated with mood and movement as well as basic physiological processes. These are designed to trigger feel-good chemicals called endorphins on demand. When you take a drug like heroin, the brain becomes flooded with these chemicals. This serves to flatten out anxiety while simultaneously inducing a sense of euphoria.

Not only does heroin bring about these extreme effects, but its high fat solubility ensures the drug can be easily metabolized and hits the brain more rapidly than any other type of opiate.

What do these intense changes to your brain chemistry do, then?

What can you do to mitigate this issue of withdrawal, then?

With supervised detox in a medical setting, sometimes using MAT (medication-assisted treatment), some of these difficulties can be minimized. SAMHSA (Substance Abuse and Mental Health Services Administration) endorses MAT as an effective treatment for heroin withdrawal.

Before we delve into detoxing and recovering from heroin addiction, though, what signs and symptoms should you look out for if you feel a loved one might be dependent on opiates?

When your body becomes dependent on opioids like heroin, you’ll almost inevitably experience a laundry list of disagreeable withdrawal symptoms if you discontinue use.

It’s during the detox stage of recovery when your body starts purging itself of heroin along with all the other toxic metabolites. As this purge occurs, withdrawal symptoms tend to manifest.

Even the abstract concept of withdrawal is enough to stop many heroin addicts from putting down the needle and seeking any form of treatment.

It doesn’t need to be this way, though.

Now, not all heroin users suffer the same withdrawal symptoms. There are many variables impacting both the extent and the severity of side effects.

Heroin withdrawal symptoms are the opposite of the high induced by the drug. When you take heroin, you suppress some of the core functions of your CNS (central nervous system). You also noticeably increase feelings of pleasure. When you stop taking heroin, you can expect lowered mood, a raised heart rate, and a general feeling of anxiety to set in. This is in stark contrast to the euphoria and relaxed state triggered by heroin use.

We can group the symptoms of heroin withdrawal on a sliding scale as follows:

As long as you haven’t been abusing heroin in large amounts or for lengthy spells, you might be surprised at how mild withdrawal effects can be.

Having said that, a short-term, moderate heroin users who suddenly stops taking the drug can still experience a range of acute and unpleasant side effects, including:

How about when you have been abusing larger amounts of heroin? What if you have had a heroin habit for an extended period?

Well, as you would expect, the withdrawal symptoms when use is discontinued tend to be more debilitating.

Moderate heroin withdrawal symptoms can include any or all of the following:

When heroin use is severe and long-term, there can be a severe backlash if you stop using the drug.

We fully understand if looking at that lengthy list of negatives doesn’t inspire you.

There’s some good news, though: heroin withdrawal is quite quick, and we’ll explore that timeline right now.

You can expect the first symptoms of heroin withdrawal to occur anywhere from 6 to 12 hours after your last dose. Known as the comedown period, this is when the drug’s euphoric effects are dwindling.

For most users, these effects peak during days 1 to 3 of sobriety. Side effects can start diminishing toward the end of the first week of detox. This is because heroin is a short-acting opioid, meaning that it will kick in quickly, but it also leaves your bloodstream quickly.

Some chronic heroin users may experience PAWS (post-acute withdrawal syndrome) where withdrawal symptoms can drag on for weeks, sometimes even for months. This situation will require careful management.

Although heroin users may experience different withdrawal symptoms, there tends to be one constant: an intense craving for more heroin. In part, this is due to a desire to experience that pleasurable high again. Beyond this, the user is aware that taking heroin would immediately relieve most of these nasty side effects.

The intensity of these cravings should not be underestimated. If you are dependent on heroin and you intend to stop using the drug, it’s vital to have an appropriate course of treatment lined up.

What can you expect from that?

Heroin withdrawal takes place in a continuum of settings, typically under medical supervision.

If you have been using heroin for any length of time, it’s usually unwise to try attempting withdrawal alone and reliant on willpower alone. If you don’t at minimum have an adequate support framework in place, you will lack the robust foundation you need for successful and sustained recovery.

You should consider detox as the starting point, and as a crucial component of a wider-reaching recovery plan. To stop using heroin is only the first step on a lifelong journey, but if you fail to get this first step right, you’ll stall before you start.

For users who have been taking smaller amounts of heroin, or users who have only recently started taking the drug, outpatient treatment can be viable. For this to be effective, though, you’ll need a stable environment with plenty of support on hand. With outpatient treatment, you’ll still need to visit a treatment center regularly, as you’ll need observation, tests, medication, and counseling.

So, with residential treatment, you’ll equip yourself with the best chance of successful withdrawal from heroin.

The environment is guaranteed to be drug-free, and you’ll also benefit from a comprehensive suite of medical support on demand. You’ll be continuously monitored and you can also take advantage of MAT if you need some of the more severe withdrawal symptoms diluted.

To recap, detoxing from heroin might be fairly quick, but it’s only the very first step on a lifelong journey to recovery. By ensuring that detox is medically-supervised, your overall experience will be more comfortable. You can also rest assured that any issues, whether psychological or physical, can be addressed head-on by qualified medical professionals.

Speak with your doctor first so you can assess the feasibility of withdrawing from heroin in an outpatient setting. He may inform you that residential rehab would make more sense in your circumstances.

If you elect to detox from heroin at home, tread carefully with any remedies you might source online. Use the wrong product and you could end up creating more harm than good. If you are detoxing at home, you’ll need plenty of resolve, the support of those around you, and regular visits to a treatment center. As we have already mentioned, an outpatient setting should only be considered if you are a casual, short-term heroin user.

How about if you choose to pursue a medically-supervised detox in a residential rehab center? Well, it pays to be completely realistic about the core goal of heroin withdrawal…

You should view all withdrawal services as a gateway to ongoing recovery rather than a treatment guaranteeing abstinence. If you approach heroin withdrawal with unrealistic expectations, you’ll be predictably disappointed if the treatment doesn’t give you recovery any traction.

What can you expect from heroin withdrawal under medical supervision, then?

All treatment programs differ, but they all share some core goals:

If you required medication-assisted treatment for heroin addiction, there are several medications proven to effectively minimize withdrawal symptoms.

All of the above medications must be administered by qualified medical staff. None of them are suitable for a home detox.

Now, if you consider your heroin addiction is severe enough for residential rehab, it’s imperative not to rush into choosing a treatment center. Take the time to get this right and you’ll dramatically enhance your chances of kickstarting a successful recovery.

Fortunately, it’s not that hard to choose a suitable treatment center for heroin withdrawal.

How To Choose The Right Treatment Center for Heroin Withdrawal

Start by consider some basic questions, including:

Remember, always consult with your primary healthcare provider before making any attempt to quit using heroin.

By taking ample time to explore a range of treatment centers, you can better determine which makes the smoothest fit.

Now, if the problem with heroin addiction is urgent and time is of the essence, we can help…

Getting Treatment for Heroin Addiction with Renaissance Recovery

If you or a loved one is ready to stop using heroin and to start the long and challenging road to recovery, you can contact us today at Renaissance Recovery. Call us at 866.330.9449 and we’ll help you get right back on track.866.330.9449

Getting Help for a DUI in Orange County

While OC DUI arrests decreased dramatically during the early stage of the pandemic, they have since increased, and if you’ve been charged with a DUI

10 Signs Your Kid is Using Drugs

Drug and alcohol use tends to begin at an early age. It is a fact, your child will be exposed to drugs and alcohol in

How to Fight Addiction

Learning how to fight addiction is something few people consider when they first start abusing drinking alcohol, using prescription medications, or experimenting with illicit drugs.