Understanding Fentanyl’s Fierce Health Risks and How to Help

Often people overlook the ominous effects of the Opioid Epidemic under the innocent guise of prescription medication. The opioid epidemic has taken countless lives across the United States.

In part, this crisis keeps because there are always new types of drugs hitting the streets. Among these new drugs, the worst offender is fentanyl, heroin’s synthetic cousin.

With heroin, 30mg is a fatal dose. Just 3mg of fentanyl, by contrast, is enough to kill the average adult male. This is a shocking picture to imagine when something so small could take the life of something so huge.

According to the CDC, fentanyl is up to 100 times more potent than morphine, and many magnitudes stronger than heroin.

Today, then, we’ll be highlighting how this powerful painkiller works and why it’s becoming more commonly abused, both in the US and worldwide.

What is Fentanyl and How Does It Work?

Fentanyl is a prescription drug and a powerful synthetic opioid usually used during surgery. It’s also sometimes used to treat severe chronic pain symptoms in patients with a physical tolerance to opioids.

The drug is available in the following forms:

In the case of the transdermal patch, this is commonly sold under the brand name Duragesic. The patches are also available in generic form. These, as you would expect, typically cost much less than the branded drug.

Fentanyl patches are often used as a component of combination therapy, meaning you’ll also be using other medications alongside.

How Fentanyl Affects the Body

Whatever the application, when you take fentanyl, it binds to the opioid receptors in your body. This causes a spike in dopamine levels in the CNS (central nervous system). Resultantly, you experience a state of euphoria and relaxation, while your perception of suffering and pain is reduced.

This drug also depresses your cough reflex and constricts your pupils. The drug will affect everyone slightly differently, though. Your size, weight, and general level of health all influence the effects you feel. Other relevant factors include the amount of fentanyl you take, whether you are taking any other drugs alongside, and whether you have a tolerance to opioids.

Fentanyl kicks in very quickly, relieving pain and sedating within minutes. The duration of effects is short-lived at anywhere from 30 to 90 minutes.

Fentanyl is a schedule II prescription narcotic and analgesic.

So, how is fentanyl mainly used today, and why is it so dangerous?

Although it wasn’t considered particularly newsworthy at the time, the substance abuse of fentanyl started around the late 1970s. It’s only over recent years, though, that this trend has started becoming more noticeable.

Street fentanyl is either diverted from a legitimate medical source or illicitly manufactured in underground labs. The fentanyl analogs produced in these illegal laboratories can be a hundred times more powerful than street heroin. This form of the drug is also known to produce dramatically more respiratory depression.

When drugs like heroin or cocaine are cut with fentanyl, the end-user is normally unaware of this. As a result, using the same amount of the drug as normal could easily trigger an overdose.

Used illegally, fentanyl can be smoked, snorted, injected, or taken orally. None of these methods can be considered safe.

Fentanyl goes by a number of street names, including:

Our advice to you is simple. If you are thinking about using fentanyl as a recreational drug, think again. We’ll highlight the laundry list of negative effects you could experience right below. If you use drugs like heroin, cocaine, meth, or MDMA and you have not yet attempted to discontinue use, try to establish whether or not the drug contains fentanyl so you can better protect yourself.

What could go wrong if you take fentanyl, then?

Fentanyl can trigger mild and serious side effects.

You should always speak with your healthcare provider if you are using this drug under medical guidance if you experience any of these side effects.

Here are some of the more common forms of blowback from fentanyl:

Most of the above side effects should subside within days or weeks. If not, or if they become more severe, you should speak with your healthcare provider for further guidance.

Here are some of the more serious side effects you can expect when using fentanyl:

Aside from these issues, constipation is a routine side effect of fentanyl that’s unlikely to disappear without intervention. Your doctor can suggest dietary changes, stool softeners, or laxatives.

Note: After the initial dose of fentanyl and whenever your dose is increased, you may notice a drop in your blood pressure. Make sure you monitor this until it normalizes.

So, now you can see what to expect if you take fentanyl, how do those side effects translate in terms of risk?

As with all opiates, fentanyl carries a risk of tolerance, dependence, abuse, and addiction.

In the case of physical dependence, withdrawal symptoms set in when the drug is abruptly stopped. These symptoms usually begin 12 hours after the lose dose and endure for a week or more.

Tolerance to fentanyl builds quickly. This means that much more of the drug is needed to achieve the same effect.

The continual use of opioids often results in addiction. Addiction is a chronic and relapsing disease encompassing more than simple physical dependence. Fentanyl addiction is characterized by uncontrollable drug-seeking behaviors regardless of the negative consequences. Obtaining and using the drug becomes the fentanyl addict’s primary purpose.

Just like any opioid use disorder, the treatment for fentanyl addiction depends on the severity of the problem. We’ll guide you through some of the most common and effective methods of treatment right below.

Even a single dose of fentanyl can be fatal, especially if it’s taken other than as prescribed, or taken incorrectly.

Here are the most common markers of a fentanyl overdose:

Pure fentanyl powder is awkward to properly dilute, resulting in potent mixtures that can be lethal even for those with a high tolerance for opioids.

Death from fentanyl overdose can be so quick that users are sometimes found with needles in the injection site.

It’s also possible to overdose on fentanyl simply from being exposed to the contents of transdermal patches. The FDA issued a warning that these patches should always be prescribed at the lowest dose needed, and never to treat short-term pain. These patches should also be folded with the sticky sides together after use before being flushed down the toilet.

Naloxone should be used immediately to treat a fentanyl overdose. This medication is an opioid antagonist that will block the effects of the drug. Due to the potency of fentanyl, more than one dose of naloxone is often required.

Fentanyl also comes with some boxed warnings. These are the most serious of the warnings issued by the FDA.

How Is Fentanyl Addiction Treated?

Just like any opioid addiction, fentanyl addiction is best treated using a combination of proven behavioral therapies and medication to mitigate withdrawal.

Counseling can help you to change your attitudes and behaviors toward drug use. You’ll also learn how to improve your life skills.

Examples of the therapies used include:

In terms of medications, both methadone and buprenorphine can be used effectively. These medications work by binding to the same opioid receptors in your brain that fentanyl does. Naltrexone is another option. This medication blocks the opioid receptors and negates the effects of fentanyl.

If you or someone you love is dealing with an addiction problem and you are worried that fentanyl is involved, it is best to seek out professional treatment immediately. Calling a fentanyl addiction hotline will help ensure that you get the help that you need as soon as possible.

Reaching out to an addiction hotline will help put you in contact with professional treatment services and certified addiction specialists to make sure you are getting the help you need.

Fentanyl Rehab Near Me

Whether you feel a loved one has a problem with fentanyl or you’re struggling with opioid addiction yourself, you don’t need to do this alone.

Get in touch with the friendly team here at Renaissance Recovery’s California rehab and we’ll walk you through your best options to get back on track. Call our addiction hotline at 866.330.9449. 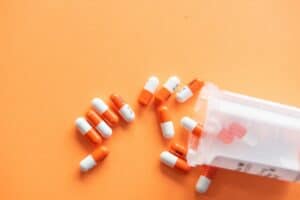