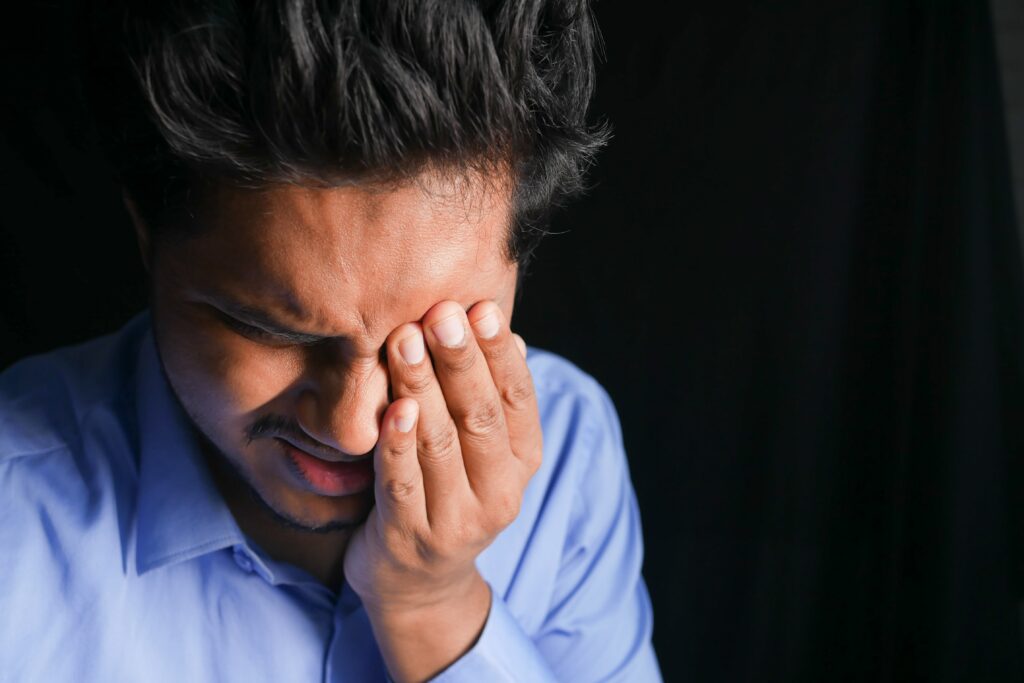 Delirium tremens, often abbreviated to DTs, is among the most severe manifestations of alcohol withdrawal.

Today, we’ll double down on what you can expect if you encounter DTS while withdrawing from alcohol and how treatment at a Huntington beach rehab and sober living home can help you conquer this problem. But before we do that we need to start with a delirium tremens definition.

What Is Delirium Tremens?

Delirium tremens (DTs) is the most dangerous case of ethanol withdrawal. DT manifests itself as complete mental confusion, hyperactivity, which can metastasize itself as full cardio vascular collapse. Often minor withdrawals from alcohol include tremors, anxiety, nausea, vomiting, and insomnia, whereas Major alcohol withdrawal symptoms are characterized by visual and auditory hallucinations, violent tremors, vomiting, and hypertension.

Data shows that roughly half of those people abusing alcohol will experience some form of alcohol withdrawal symptoms when they stop drinking. Of these, 5% will present symptoms of delirium tremens.

Delirium tremens typically manifests in people with a history of sustained and chronic alcohol abuse. DTs are also more common in those who have experienced more severe alcohol withdrawal symptoms in the past. DTs usually manifest after periods of heavy drinking.

Is Delirium Tremens a Medical Emergency?

Delirium tremens might be rare, but the condition is also potentially life-threatening.

The symptoms of delirium tremens differ from the standard symptoms of alcohol withdrawal, and the DTs also unfold over a different timeline. If your healthcare provider suspects delirium tremens, they will perform a physical exam, looking for symptoms like heavy sweating, an irregular heartbeat, and rapid muscle tremors.

What Happens During Delirium Tremens?

What is the delirium tremens cause, then?

Well, delirium tremens usually occur when someone who has been drinking heavily stops drinking or dramatically reduces their intake of alcohol. CDC defines heavy drinking as more than 15 weekly drinks for men, or 8 weekly drinks for women.

Alcohol is a CNS depressant, meaning that it slows the central nervous system when it enters the body. The chronic and long-term abuse of alcohol can cause changes to the structure and function of the brain. When alcohol is removed from the equation, your brain continues operating in its altered state. This imbalance leads to the symptoms of alcohol withdrawal.

Your risk factor for delirium tremens is increased in the following circumstances:

So, now you are familiar with a basic definition of DTs, what kind of symptoms can you expect to encounter if this rare but potentially deadly form of alcohol withdrawal sets in?

The symptoms of delirium tremens typically manifest from 48 hours to 96 hours after the last drink.

In some cases, DT symptoms first appear 7 to 10 days after the last drink.

Once the symptoms appear, they can often rapidly get worse.

The most common symptoms of delirium tremens include:

Of all these symptoms, delirium tremens hallucinations are perhaps the most disturbing.

Seizures can occur, and these can occur without any other symptoms of DTs developing.

Most people affected by seizures find they occur during the 12 to 48 hours after the last drink. These are usually tonic-clonic seizures, and they are most common in those who have suffered past complications when undergoing the process of alcohol withdrawal.

While the progress of delirium tremens tends to follow a general timeline, you may find some symptoms will fluctuate while others persist for much longer.

To understand what happens with DTs, it pays to examine the overall timeline for alcohol withdrawal. This will help you to put delirium tremens into a sharper perspective.

Alcohol withdrawal usually unfolds as follows, starting from 6 hours to 12 hours after your last drink:

From 6 to 12 hours after your last alcoholic drink, minor withdrawal symptoms set in, including:

From 12 to 24 hours after the last drink, some people experience hallucinations. These can include any or all of the following types of hallucinations:

If you experience hallucinations during alcohol withdrawal, this seldom continues for more than 48 hours after the last drink.

Seizures induced by alcohol withdrawal usually occur from 24 to 48 hours after the last alcoholic drink.

Delirium tremens, the most severe form of alcohol withdrawal, can occur from 48 to 72 hours after the last drink.

These symptoms will usually peak within 5 days of beginning, and symptoms start to subside after 5 to 7 days.

The more severe symptoms of DTs like hallucinations and seizures typically occur from 12 hours to 48 hours after the last drink.

While most symptoms of delirium tremens should be resolved in 5 days, sometimes symptoms linger for up to 10 days.

How Much Do You Need To Drink to Get Delirium Tremens

If you have a history of drinking 7 to 8 US pints of beer, or 1 US pint of liquor daily, you are at heightened risk of developing DTs during withdrawal.

How, then, is delirium tremens most effectively treated?

If you are at risk of severe alcohol withdrawal symptoms, it is strongly recommended that you engage with medical treatment before attempting to detox from alcohol.

Treatment for delirium tremens will begin at the hospital, and the condition is treated as a medical emergency. You will require around-the-clock medical monitoring, and in some more severe cases of DTs, you may need treatment in an ICU.

Not only can the symptoms of delirium tremens rapidly and suddenly worsen, but it can even be deadly.

The primary goals of treatment are:

Medications can be used to relieve some of the symptoms of DTs.

The treatment team will check regularly for the following:

Medications will ensure you remain calm until the DTs are complete.

Any long-term preventive treatment can begin after you have recovered from the symptoms of delirium tremens. This could include:

You may also need to seek treatment for any of the following adverse outcomes:

While it is vital to receive medical treatment while experiencing the symptoms of DTs, symptoms can still progress and worsen once manifested.

If you continue to drink alcohol after detoxing, you will be more likely to experience DTs in the future.

How Do You Prevent Delirium Tremens?

The only surefire way of preventing delirium tremens is to abstain from drinking alcohol, or to drink in line with sensible dietary guidelines (2 daily drinks for men, and 1 daily drink for women).

If you consume large amounts of alcohol and you believe you could be at risk of developing DTs when withdrawing from alcohol, you should speak with a medical professional before abruptly stopping drinking.

Here at Renaissance Recovery, we can help you address alcohol addiction, however severe.

For anyone with a chronic and long-term problem with alcohol abuse, medical detox is vital. With around-the-clock medical supervision, the detox and withdrawal phase is made as comfortable as possible. You’ll have access to FDA-approved medications to soothe the intensity of withdrawal symptoms, while also minimizing your cravings for alcohol. You will also have access to a range of other medications to help counter symptoms of nausea, insomnia, anxiety, and depression as you withdraw in a controlled setting.

Detox and withdrawal set the foundation for recovery proper to begin. Our evidence-based outpatient programs can help you move beyond alcohol use disorder. You’ll benefit from medication-assisted treatment delivered in combination with counseling, psychotherapy, and holistic therapy to give you a whole-body approach to recovery.

For anyone suffering from a co-occurring mental health disorder like depression or anxiety, our dual diagnosis treatment program allows you to unpack both conditions simultaneously for the strongest chance of sustained recovery.

If you need more structure and support than you’ll get from a traditional outpatient program, we offer both IOPs (intensive outpatient programs) and PHPs (partial hospitalization programs). These part-time and full-time outpatient programs give you access to broadly similar services that you would find in residential rehab, but without the cost or the restrictions. If you’re concerned about financing treatment, we are happy to accept insurance here at Renaissance.

For anyone looking to detox and withdraw from alcohol while minimizing the chances of delirium tremens, all you need to do is contact Renaissance Recovery today.