The National Institute on Drug Abuse indicates that, between 1996 and 2013, benzo prescriptions increased from 8.1 million to 13.5 million. That same report states that, during 2015, twenty-three percent of individuals who overdosed on opioids also had benzodiazepines in their system.

The dangers of benzo and opioid addiction are rampant and well known in the opioid-using community. Loved ones, family members, and friends can be susceptible to addiction because of its relaxing and seemingly mild qualities of acting as a depressant on the brain’s central nervous system. Addiction can lead family members and friends of those addicted to Renaissance Recovery, a benzo addiction treatment center in Orange County, CA.

Educate yourself on what benzos are, the signs of addiction, what the benzo addiction treatment program at Renaissance Recovery can do for you, and how our treatment facility can help you fight addiction today.

Benzo is another way of saying benzodiazepines, which are tranquilizers. The effect of benzos is to slow down an individual’s central nervous system (CNS), so they feel relief from anxiety, relaxation, and sedation. Xanax is usually prescribed to people with mental health issues like anxiety and panic disorders. Dangerous effects can occur when misusing benzos as they will slow down or stop the CNS.

The most commonly prescribed benzos are Valium and Xanax. Most often, medical professionals prescribe them to treat the following:

Benzos are also common for those who need a muscle relaxant or for help sleeping.

Tolerance builds over time as a reaction to repeated benzo use. After extended use of the drug, a person’s system becomes highly adjusted to it. As time progresses, he or she will need increasingly higher doses of benzodiazepine to achieve the desired outcome or high. 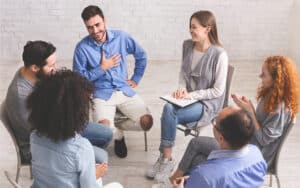 Attempts to scale up from this tolerance end up in the consistently increased amounts of drug use, which quickly sets in symptoms of physical dependence. As dependence develops, the user may experience the unpleasant feeling that they cannot function without the drug, and is likely to face an unpleasant withdrawal when they attempt to come off the drugs.

The cycle of increasing frequency, higher-dosage drug use to surpass tolerance and curb themselves off withdrawal often leads to the compulsive behaviors of benzodiazepine addiction.

Tolerance occurs after the body builds a strong resistance against benzodiazepine’s effects. Following long-term use of the drug, a person’s system becomes adjusted to it. Frighteningly, he or she or they will require increasingly higher doses of benzodiazepine to achieve the desired effects. The normal usage of a benzodiazepine, such as Xanax, can lead to addiction over time. Unfortunately, this makes the user incapable of functioning a normal, functioning life without the help of the benzos

Any benzodiazepine can cause the effects of calming the nervous system but eventually spiraling into addiction. Here are some drugs in this classification that are of particular concern. Those drugs include:

While benzodiazepines were originally created to aid people with real mental health or physical health concerns, people who use these drugs aren’t using them for fun. Instead, they’re driven to use these drugs because of the lack of or their own chemical changes deep inside the brain. 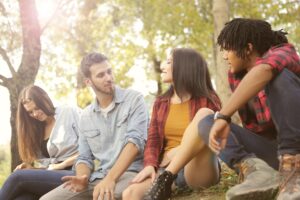 According to an analysis in the Journal of Clinical Psychiatry, addiction is rarely an effect when users properly use these drugs. When people have prescriptions for the benzos and they are using it according to the doctors’ orders, they typically don’t exit from the experience with a benzo addiction.

The other users are recreational users. They don’t have prescriptions from doctors or specific orders to follow. They get the drugs when and where they can, and they abuse the drugs for euphoric or relaxation purposes. These users might also take in benzodiazepines in order to boost or soften the drug-using experience.

Analysis of statistics from New York from the Substance Abuse and Mental Health Services Administration suggests that non-medical benzo users are between ages 18-25. That group of people has the highest level of recreational use, and that level seems to go up each and every year.

These young adults might get benzos through theft, or they might buy them directly from dealers. Either is a viable method.

What Happens After Rehab?

Individualized aftercare planning and active participation with the aftercare plan will go a long way to further the recovery momentum initiated during rehabilitation. Many find enrolling in an outpatient treatment program as a “step-down” treatment is an excellent way to continue recovery work. 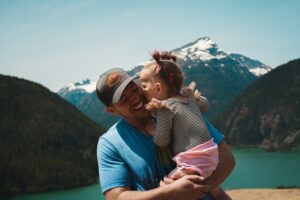 Together with therapy, you may want to enroll in an addiction support team. In a support group, you will connect with others in recovery and continue with the peer-based support meetings given along with therapy in many benzodiazepine rehab centers.

Whether aftercare entails residence in a sober living environment, daily meeting attendance, or regularly scheduled therapy appointments, the purpose is to make sure you put to use all the skills you learned in the center in your day-to-day routines in order to avoid relapse.

Throughout the United States, benzos are the most commonly prescribed medication. Abuse of these medications occurs when someone takes them without a prescription or not as directed. The signs of benzo addiction include the following:

The Risks of Benzo Addiction

Prescribing benzodiazepines is common, and when used as prescribed, beneficial for specific medical conditions. However, if prescription drug misuse occurs, there are risks. Symptoms of benzo abuse include: When individuals use benzos in combination with alcohol or other drugs, the risk factors amplify. That amplification could lead to breathing difficulties, overdose, and even death.

What Is an Excellent Benzo Addiction Treatment Center in Southern California? 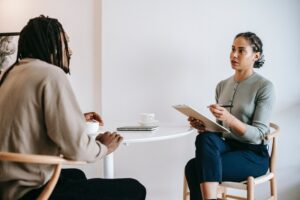 The Benefits of Benzo Addiction Treatment

Convincing a Loved One to Attend Rehab

Addictions work at the subconscious level. People with an obsession with benzos aren’t making the choice to seek out and abuse these drugs. Their damaged brain cells prompt them to get and take more benzos. But the conscious mind is still at work in people like this. By reaching out to that conscious mind, families may be able to influence deep change. An intervention helps families to outline the symptoms of benzo addiction they’ve seen in the person they love. Interventions also let these families enumerate the benefits of drug rehab. At the end of a conversation like this, a person with an addiction won’t be able to deny the problem or its solution. A person with an addiction will know just what must be done in order to make the situation better. Interventions for benzos typically follow this format: An interventionist is a mental health professional that can assist with these conversations. The interventionist may help the family to draw up letters, and the person might stay involved during the conversation. When the talk is over, that interventionist may also drive or transport the addicted person to a treatment facility.

State laws require certain types of health information to be restricted to guarantee the privacy of the client. In accordance with the Substance Abuse and Mental Health Services Administration, there are fines and penalties for offenses made against these laws.3 Prior to enrolling yourself in a benzodiazepine treatment facility, be sure that the facility guarantees the protection of your rights.

Rehab prices can vary considerably, from free to tens of thousands of dollars. Some free options include grants and scholarships that can cover treatment costs for people who can’t afford otherwise afford rehab. The most expensive options include luxury and executive treatment centers, since they include upscale amenities and are often located in very desirable places, such as by the beach. Inpatient programs tend to be more costly than outpatient since you have to pay for room and board. Treatment costs may be paid in a number of ways, including by: 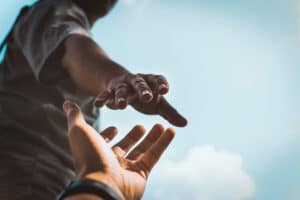 Are you or someone you know experiencing benzo addiction? Do you or a family member have questions about a benzo addiction treatment center in Southern California? Navigating these challenges can be overwhelming, and no one has to go through that alone. Our team is here to lend a helping hand.

Contact Renaissance Recovery by calling 866.268.1206 or completing our confidential online form to learn more about benzo addiction treatment programs and how rehab programs can help.