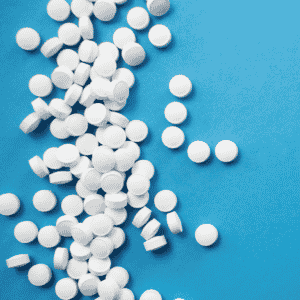 Benzodiazepines, frequently known as benzos, belong to the sedative family of drugs. Even though benzos have a powerful calming effect, these drugs are also highly addictive. Benzo addiction brings with it a whole host of symptoms, psychological, physical, and behavioral.

Since being introduced back in the 1960s, benzodiazepines – this class of drugs includes Valium and Xanax –  have been very widely prescribed to treat anxiety and insomnia, as well as relieving the symptoms of alcohol withdrawal.

While undeniably effective, tolerance to benzos rapidly builds. Benzos have been shown to cause addiction in a similar way to opioids and cannabinoids.

Benzo withdrawal can be especially dangerous, potentially even deadly. It’s unwise to discontinue use without consulting your healthcare provider.

We’ll explore how this drug can affect you, and then we’ll be looking at how to identify the most common markers of benzo addiction. To inspire you if you’re caught in the vicious cycle of benzo abuse, we’ll also touch upon a well-documented benzo success story.

First, back to basics…

Benzodiazepines are in a class of sedative or anxiolytic drugs composed of prescription painkillers.

These medications are intended to treat a variety of conditions, principally anxiety disorders and panic disorders. Benzos can also be useful for treating insomnia and seizures.

When used as part of an overarching treatment plan for recovery from alcohol use disorder, benzos can be beneficial for alleviating some of the withdrawal symptoms associated with alcohol detox.

There is another class of nonbenzodiazepines that are also psychoactive, and have nearly the same effects as benzos. These are known as Z drugs. Z drugs contain different ingredients but function in the same way as benzos. Zopiclone, a common sleep aid, is perhaps the most common example.

If you take benzos long-term, it triggers changes in the way your brain’s reward system functions. Your brain will be flooded with more feel-good chemicals like norepinephrine and dopamine. In the case of sustained benzo use, the brain becomes unable to produce these neurotransmitters. You will then be reliant on the drug simply to feel normal.

Unlike drugs such as heroin, cocaine, and meth, you’ll get no rush or buzz from taking benzos. Instead, you’ll notice a gradual onset of effects inducing a subtle sense of calm that can last for hours. The more of the drug you take, the more intense this feeling of calm.

If you or a loved one is using benzodiazepines, how is it possible to distinguish when use descends into abuse and addiction?

Are you using benzos to the extent that you would find it hard to stop?

Have you got a loved one with a benzo habit you feel is spiraling out of control?

Either way look out for the following red flags. We can cleave these symptoms into two broad groups:

It should be noted that benzo overdose usually occurs only when the drug is mixed with alcohol. This pair makes a deadly combination.

If you chronically abuse benzodiazepines to the extent that benzo addiction recovery is advisable, you can expect to encounter the following signs and symptoms:

While substance abuse disorders tend to sneak up on people gradually, you’ll likely pick up on some observable markers of addiction if a loved one is dependent on benzos.

You can expect to encounter any or all of the following behavioral indicators of benzo addiction.

Look out for a loved one doctor shopping in an attempt to obtain more prescriptions. You can also buy benzos on the street and online. Both of these options are risky as there is no guarantee of what’s inside those pills.

In its own right, benzo abuse is seldom fatal. That said, benzo withdrawal can sometimes be life-threatening.

The most hazardous combination is when benzos are washed down with alcohol, as mentioned above.

Typically, medical professionals agree that being weaned off the drug over the course of a medically-assisted detox is the optimum method for recovery.

While dangerous, recovery is perfectly possible, as this success story makes crystal clear.

Hip-hop legend Eminem struggled with a prodigious and very public addiction to Valium.

He often talks about his addictions in his old music and his recovery in his more recent music, with album names like Relapse and Recovery being given according to his sobriety journey.

For seven years from 2002, he was addicted to a triumvirate of prescription pills: Valium, Ambien, and extra-strength Vicodin.

He famously talks about his drug addictions in his songs. For example, in his song “Drug Ballad” he says:

“Cause every time I go to try to leave

Something keeps pullin’ on my sleeve

I don’t wanna, but I gotta stay

These drugs really got a hold of me

‘Cause every time I try to tell ’em “no”

They won’t let me ever let ’em go

I’m a sucker all I gotta say

These drugs really got a hold of me”

After several years of drug addiction and alcohol abuse, and even an overdose in 2007, Eminem took time to get drug-free.

“In 2007, I overdosed on pills, and I went into the Hospital. I was close to 230 pounds. I’m not sure how I got so big, but I have ideas. The Coating on the Vicodin and the Valium I’d been taking for years leaves a hole in your stomach, so to avoid a stomachache, I was constantly eating, and eating badly,” he said in an interview.

Today, Eminem has been sober for over a decade and he continues to be pretty open with the media when it comes to his benzo problem.

Eminem was first exposed to Valium as a child, when he alleges his mother started putting it into his food. He outlines this incredulous behavior in the song My Mom.

In Not Afraid, Anthony Bozza’s Eminem biography, we learn that Eminem was taking between 40 and 60 Valium pills a day at the height of his addiction. This also coincided with the zenith of his fame.

Some days I would just lay in bed and take pills and cry… I needed pills in my body just to feel normal, so I would be sick. It was a vicious cycle.

When asked about his daily intake, Eminem said he started the day with an extra-strength Vicodin. He took Vicodin one and a half tablets at a time throughout the rest of the day. Taking more tablets in one sitting affected his stomach lining. He began taking Valium at around 5pm then took four or five more of these tablets every hour until he went to bed, popping some Ambien to send him over the edge.

Bursting back after his stint in rehab with a new lease on life, Eminem released his 2010 poignant album Recovery. Eminem showed that recovery from benzo addiction is always possible, even in the most extreme of circumstances.

“I never understood when people would say it’s a disease. … But I finally realized…it really is,” he said.

Now, having illustrated how it’s possible to bounce back from the most egregious addiction to benzodiazepines, what can you do if you feel you need benzo addiction rehab in OC?

Well, here’s what you can expect at Renaissance’s benzo rehab center.

For anyone who has been abusing benzos without becoming addicted, it may be possible to quit without requiring a medically assisted detox. You should speak with your doctor about the feasibility of gradually tapering off the drug at home.

If you have been abusing your medication but are not yet addicted, you may be able to quit without a medical detox. Nevertheless, before you stop taking benzodiazepines you need to speak to your doctor about how to reduce your dosage gradually.

It’s widely agreed that complete abstinence is vital to overcome benzodiazepine addiction. That said, the majority of patients struggling with benzo addiction never achieve this. Resultantly, benzodiazepine substitution treatment can be effective. What is this?

Well, with this approach, a drug like clonazepam is used. This drug has a slow onset, and it’s long-lasting. Long-lasting substitutes typically work best with benzodiazepine substitution treatment. The exception is when the patient is elderly. You can be weaned off benzos with the non-benzo dosage gradually increased as the dosage of the benzos is decreased. Methadone therapy for heroin addiction harnesses the same principle equally effectively.

Along with these therapeutic modalities, things like adventure and outdoor treatment are common to help clients get some Vitamin D, connect with nature, and get active while also attacking their substance abuse and potential mental health disorders head-on.

As with all our treatment programs here at Renaissance Recovery Center, your benzo addiction treatment will be personalized to your needs. We also offer a comprehensive dual diagnosis treatment program. This is vital if you have any co-occurring mental health disorders alongside addiction to benzodiazepines.