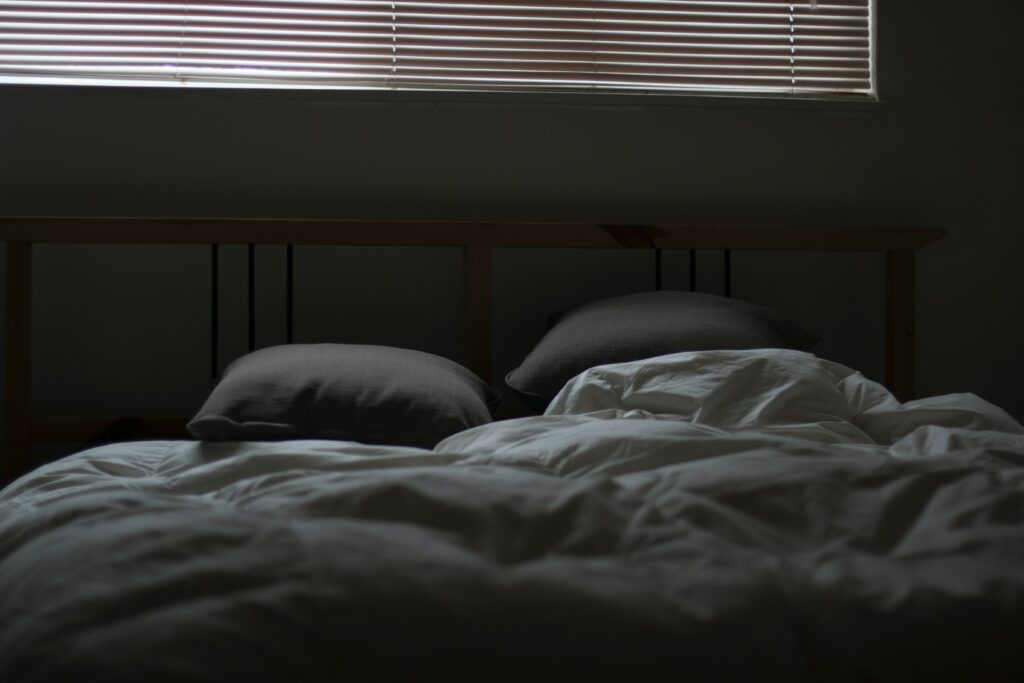 Alcohol withdrawal nightmares are one of a set of uncomfortable symptoms associated with detoxing from alcohol.

The symptoms of alcohol withdrawal occur due to the correction of chemical imbalances in the brain triggered by alcohol abuse.

What is it with bad dreams alcohol withdrawal, then?

Does Alcohol Withdrawal Cause Nightmares?

Research shows that both subjective sleep quality and dream quality is markedly impaired in patients presenting with alcohol use disorder.

These are the most commonly reported issues concerning sleep and alcohol withdrawal:

Sustained alcohol abuse causes structural and functional changes to brain chemistry. Alcohol is a CNS depressant. As such, its presence disrupts some processes in both the body and brain.

Specifically, alcohol increases the amount of GABA that’s available for the brain to use. GABA (gamma-aminobutyric acid) is a neurotransmitter or chemical messenger. GABA slows the transmission of messages between other neurotransmitters. The brain normally produces GABA in response to stress. This explains why alcohol – in small quantities, anyway – induces feelings of contentment and relaxation.

Beyond this, though, GABA also suppresses other bodily functions, including consciousness and breathing.

It’s not surprising, then, that alcohol use disorder and alcohol withdrawal impacts sleep overall.

Many people feel an alcoholic drink before bed promotes sleep, and this may be the case at first.

The problem is, your body tries at all times to stay in balance – homeostasis – and alcohol disturbs this balance. Over time, your body and brain learn to tolerate this new order, but when you moderate your alcohol intake or stop drinking completely, your sleep cycle is disrupted as a result.

And this is where alcohol withdrawal nightmares can present.

According to the Sleep Foundation, there are four distinct sleep cycles. Each cycle occurs for a different reason over a different time period.

The sleep cycles unfold as follows:

Alcohol can trigger an irregular cycle of REM sleep known as REM rebound. This occurs both in those who drink regularly, and in those with alcohol use disorder or alcohol dependence. The condition is nevertheless more prevalent in those with patterns of abusive drinking.

The dreams or nightmares experienced during alcohol withdrawal are just one symptom of your brain and body reacting to the absence of alcohol.

While harmless, the nightmares associated with alcohol withdrawal can be terrifyingly vivid and seemingly indistinguishable from reality.

How long can you expect these alcohol withdrawal nightmares to last, then?

What to do After Getting Nightmares After Quitting Drinking

Fortunately, you can expect any imbalance in your sleep cycle to recalibrate after a week or two of abstinence, assuming you are drinking regularly.

For those with alcohol use disorder, it may take several weeks of the uncomfortable REM rebound before you find your sleep cycle normalized.

If you are detoxing at home, resist the temptation to take a drink. It may well stop you getting nightmares that night, but you’ll be back to square one and faced with detoxing anew.

Withdrawing from alcohol in a medical detox center allows you to take advantage of medication to streamline withdrawal symptoms and lessen the intensity of cravings. Benzodiazepines can be prescribed short-term to counter some effects of insomnia, although benzos are strongly habit-forming.

If you don’t want to cope with alcohol withdrawal symptoms alone, we can help here at Renaissance Recovery Center.

At Renaissance, we offer evidence-based outpatient programs for alcohol use disorder. These treatment programs help you fight back against alcohol addiction without the expense or the restrictions of residential rehab.

If you have severe alcohol use disorder, reach out for advice concerning the best medical detox center so you can withdraw safely and as comfortably as possible.

Our treatment programs offer MAT (medication-assisted treatment), proven most effective when delivered in combination with the following:

We also offer robust vocational development programs and the aftercare you need to feel confident in your continuing sobriety.

To get things started and to kiss goodbye to alcohol withdrawal nightmares for good, reach out to Renaissance at 866.330.9449.