Our latest response to the Coronavirus can be found here.
Skip to content
Call Today 866.330.9449
info@renaissancerecovery.com

The Connection Between Eating Disorders and Addiction 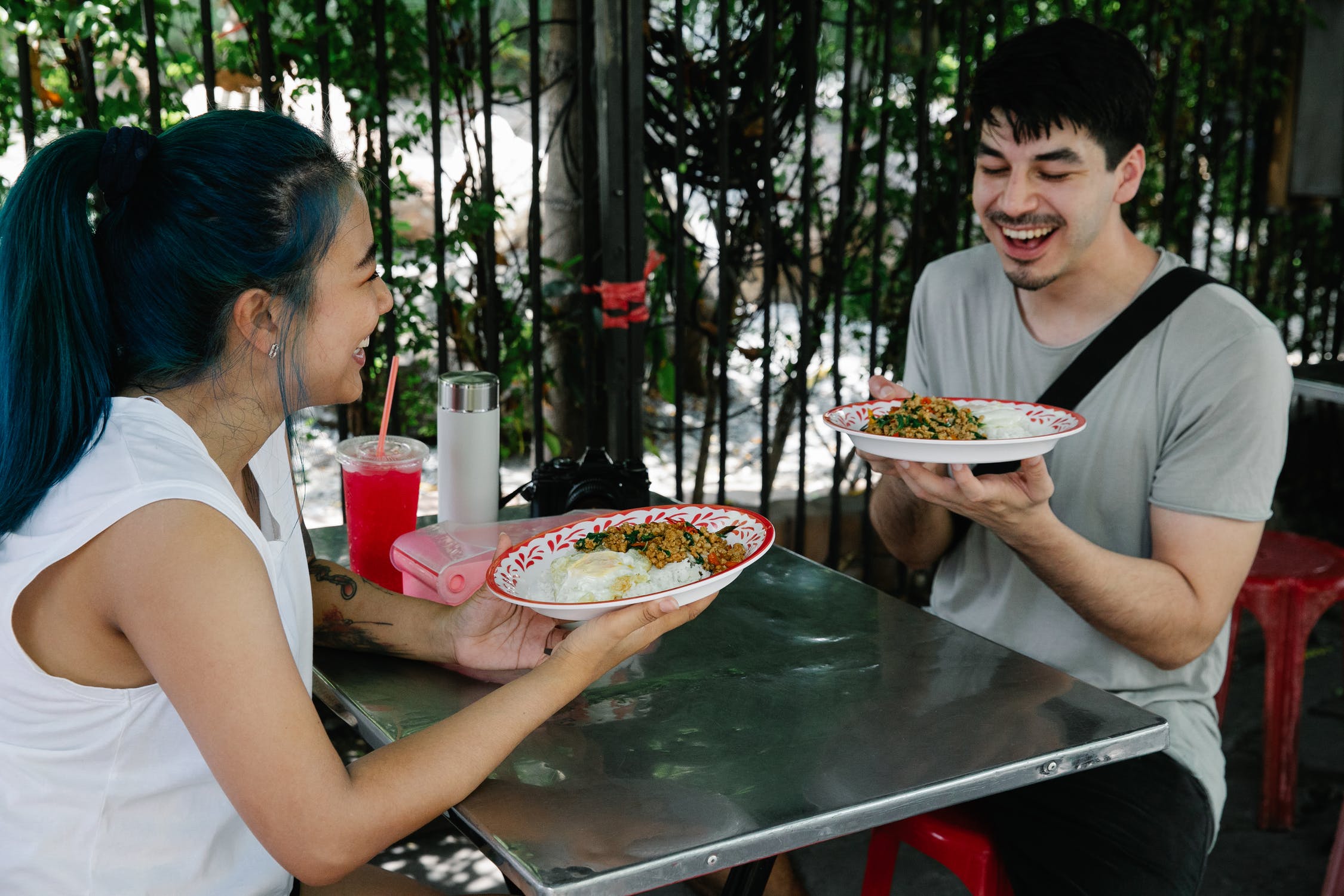 We all rely on food for the nourishment of bodies. For some, eating becomes a way to feed their minds. In extreme cases, food is used as a way to satisfy deep emotional needs. When the emotional need for food surpasses the body’s natural balance and eating disorder is present. There are many different types of eating disorders, as defined by the Eating Disorder Foundation:

These disorders can cause have serious detrimental effects, both mentally and physically. In extreme cases, it can become life-threatening. Obviously, no one would consciously choose this path. When the balance is off, a person who consumes food beyond the norms or in abnormal ways, a co-occurring disorder is often diagnosed. Having a co-occurring disorder is an important factor if substance abuse is also an issue. According to ANRED, those psychological factors play a role. People with eating disorders often tend to be perfectionists. They don’t see how their bodies can ever be anything but perfect, and they blame themselves when they can’t achieve the results they’re looking for. These thoughts can also carry over into other aspects of a person’s life. Personal relationships, school, careers, and other and social activities can all be viewed through the prism of a perfectionist in a much different way than how normal people might view them.

It’s not a very far journey from frustration to substance abuse. For people who feel inadequate, persecuted, defeated or simply unable to cope with life’s daily challenges, substance or drug abuse seems like an easy out. For these people, the euphoria or escape provided by substances is alluring beyond all reason or any threat of consequence. It stands to reason then, that anything that fuels one’s desire for a quick mood boost might turn to eating. Drugs can also come with special benefits that can appeal to those with eating disorders. For example, research cited in Social Work Today suggests that some drugs can help to suppress the appetite, which could make living with anorexia just a little bit easier. These people are often desperately hungry and determined to do anything to keep from giving in to the need to eat. If drugs make signals of hunger seem to disappear, they could seem like useful tools to someone with anorexia. Similarly, some substance abuse disorders seem to be a little easier to manage when people have existing eating disorder issues. For example, people who abuse alcohol often take in a great deal of the substance all at once, and they become profoundly drunk long before they intended to do so. A bulimia habit could make this a little easier to handle, as people who have bulimia are well equipped with self-vomiting techniques. If these people binge on alcohol, they could simply vomit the drug back up and keep drinking. Alcohol could also be useful for those who have eating disorders associated with anxiety, according to research in The Seattle Times. People who grow worried at the thought of even consuming a meal could feel as though a drink could relax them enough so they could eat. To them, alcohol is a useful tool that allows them to manage a part of their disorder that they simply can’t handle alone. Given that there are a number of reasons people that eating disorders and addiction can be linked, it’s not surprising that many people who have eating disorders often have addictions. The behavioral traits are similar – the inability to resist the urge, powerful needs that overcome rational thought, little fear of consequence – making it almost a natural extension of one’s addictive personality. In a groundbreaking (and often cited) study of the issue by CASA, researchers found that those who had eating disorders were up to five times as likely to abuse alcohol and drugs when compared to those who didn’t have eating disorders. Also, up to 35 percent of those who abuse drugs or alcohol had eating disorders, compared to 3 percent of the general population. It’s possible that people with eating disorders think that their drug and alcohol habits are useful tools. The substances they take in make living with their disorders easier, or their underlying habits seem to make drugs and alcohol less dangerous. But drugs and alcohol can be insidious, changing brain chemistry in deep and drastic ways, while people who take in the substances simply don’t see the changes happening. That means a substance abuse issue could develop with incredible speed, even while the person thinks the drug or alcohol use is totally under control.

Getting Treatment for Eating Disorders and Addiction

Living with an eating disorder clearly isn’t easy. If people feel compelled to self medicate. lf-medicate with drugs and alcohol, it’s obvious that their disorders cause them a great deal of distress, and that they’re willing to do almost anything to make things better. Thankfully, people who have eating disorders can and do get better with the right kind of help. For example, according to some research, long-term recovery rates for anorexia are as high as 76 percent, while short-term recovery rates for bulimia are as high as 70 percent. With the right kind of therapy, provided at the right time, people can come to an understanding of the importance of good nutrition, and that can help them to eat in a more reasonable way. But having a drug abuse or any form of addiction underlying an eating disorder can make the healing process a little more difficult. For example, people with an addiction issue often struggle with deep-set cravings for the drugs they once took on a regular basis. Their amended brain cells don’t seem to function well without the drugs, and those cells call out for drugs. The calls can grow stronger during times of stress. People who are in recovery from an eating disorder might experience intense cravings for drugs during the moments at which they once used drugs. If they relied on alcohol to make eating dinner less stressful, they might have a desperate need for a drink when the sun begins to set. If they used cocaine in the morning to keep hunger at bay all day, they might develop intense dreams about the drug that awakens them in the early hours of the day. Those who give in to these cravings may find their recovery from eating disorders is much more complicated. They might find it hard to:

Some drugs can also erode a sense of control and willpower, too, so people might find that they slide back into disordered eating after a relapse to drugs or alcohol, even if they’ve made great strides in recovery in the past. Since eating disorders and addiction are so closely related, experts often recommend co-occurring therapies. That is, experts suggest that people who have eating disorders get treatment for addiction at the same time. Unfortunately, that kind of comprehensive care can be hard to find.

Renaissance Recovery uses a holistic approach. We examine every aspect of every patient’s case and the development of a treatment plan that encompasses every component of their addiction, including co-occurring disorders. We work with outpatients to get them through the assessment and then into treatment and support programs that nurture them through every step of recovery. It’s not easy or fast, but the results are worth it.

ride the wave of